The Harps and Abbeyleix have had an on-off relationship with football over the years but in 2000 the neighbouring clubs squared up in the Junior ‘A’ county final.

Only five years earlier The Harps had reached a senior quarter-final but they spent only a couple of years at senior before dropping quickly back down through the grades and back to junior.

In 2000 they reached the final following a bad-tempered semi-final win over St Joseph’s the week earlier.

Waiting in the decider were Abbeyleix, who had won the Junior ‘B’ title in impressive form the previous year.

There was a fair smattering of talent between the two teams. Tony Dunne for The Harps, who top scored with 1-3 that day, had played for Laois in the 1990s during a time when he also lined out for the Portlaoise footballers while the club had also been very strong at the underage football grades and Robbie Campion, Fintan Deegan, Danny Donoghue and Brian Purcell were all still U-17.

For Abbeyleix, Tom Lynch had won two All Ireland minor medals with Laois in 1996 and 1997 while Michael Brennan had been on the both the Laois minor and U-21 teams earlier that year.

On this September Saturday afternoon, though, Abbeyleix’s shooting boots would desert them, according to the Leinster Express report the following Wednesday.

Brennan and Donoghue exchanged early points before Dunne then nudged The Harps into the lead. Tom Lynch levelled things up with a fine score and then Brennan put them 0-3 to 0-2 ahead.

But the crucial score came just before the break when Dunne won possession 40 yards out, slipped his marker and finished to the net after a good run. At half time The Harps led 1-2 to 0-3.

It was a lead that The Harps would hold for the remainder of the game as Abbeyleix would manage only one point in the second half, that from midfielder Lynch. 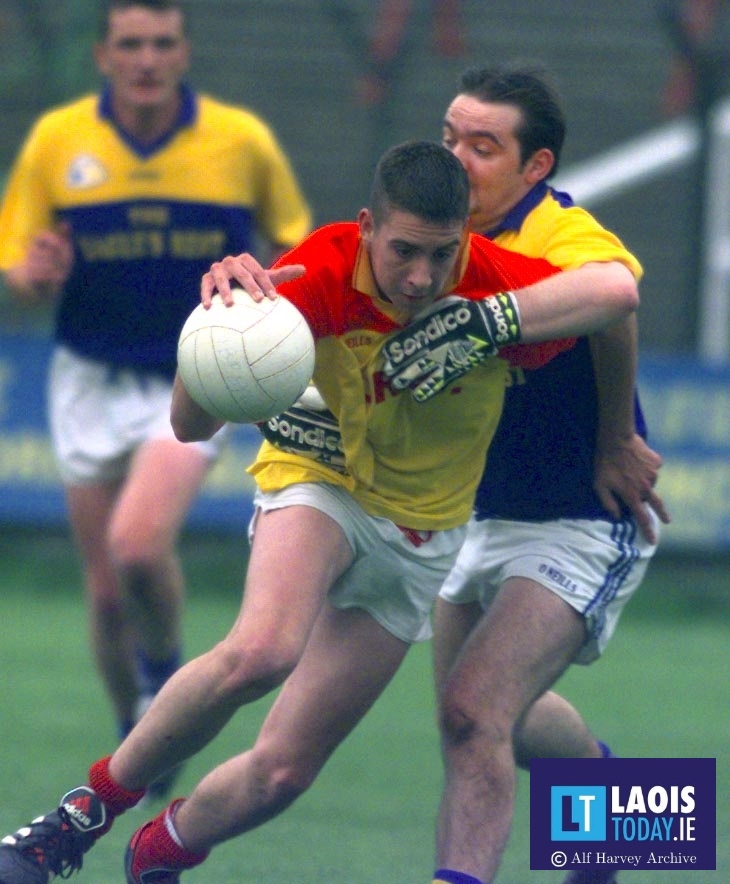 The following year, The Harps would reach the intermediate semi-final, only to be beaten by Arles-Killeen after a replay. But football would fall down the pecking order again in the club and they’d go back junior and then stop playing altogether for a couple of years before coming back in in the Junior ‘B’ grade in the late 2000s.

Abbeyleix would return to claim the Junior ‘A’ title in 2002 but by that stage they had already an arrangement in place with Ballyroan to play senior together and a number of their players would win a senior title in 2006 before the clubs joined fully.

Indeed of the players that played in that 2000 junior final, Niall Wallace and Michael Brennan would start the senior final six years later, where Danny Donoghue was now their team-mate having transferred from The Harps to Ballyroan to play football. 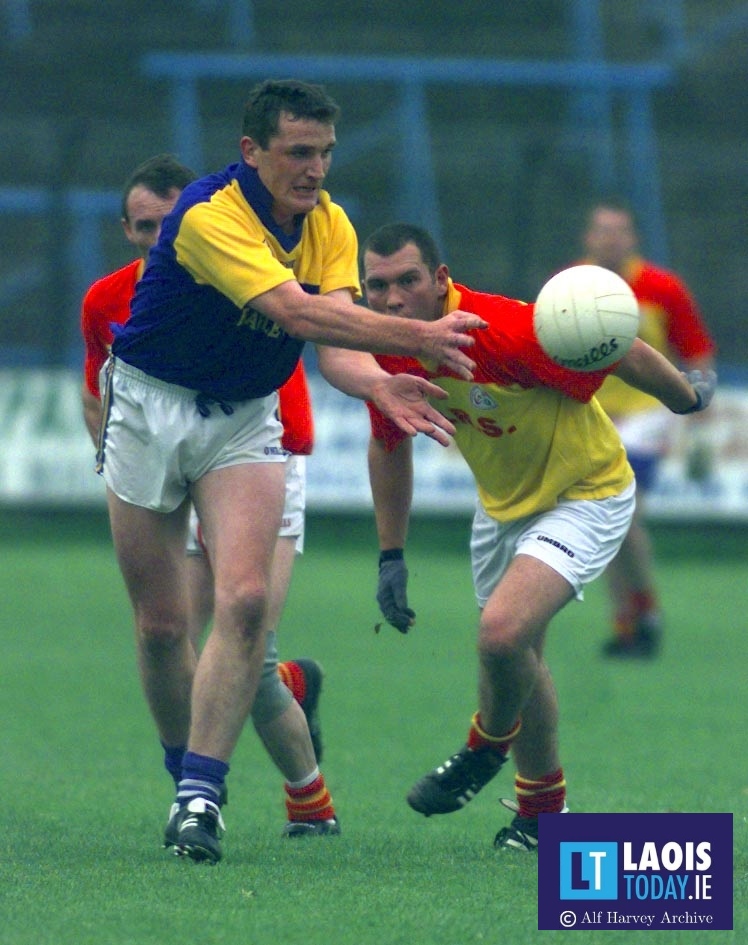