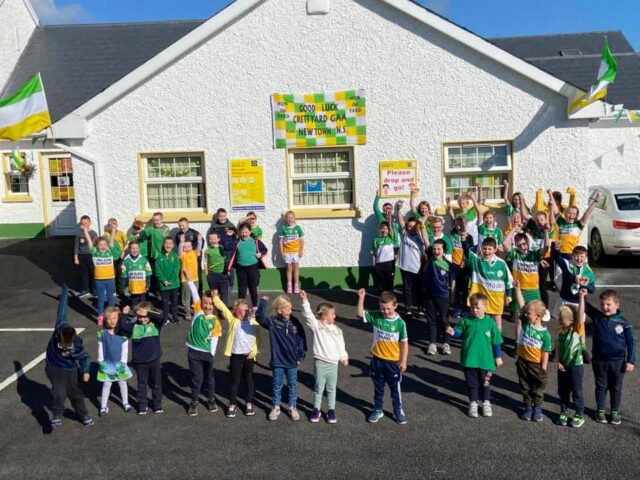 A controlled pedestrian crossing is set to be constructed on a busy road near a Laois primary school.

At a recent meeting of the Graiguecullen/Portarlington Municipal District, Cllr Padraig Fleming called for safety works to be carried out on the R430 near Newtown National School in Crettyard.

He said: “I call on Laois County Council to install a controlled traffic light system (Stop/Go) on the existing pedestrian crossing on the R430.

“This is at a location near Newtown National School, Crettyard Childcare Services and Mayo Doonane Credit Union.

“I make this call in the interest of safety for children, parents and the the general public.

“I also wish to be given an update on the installation of a ramp on the Doonane Road (400 meters straight) which has been already agreed in the interests of safety for all local residents and the general public.”

“The primary objective is to make the road crossing safe for parents and children during the school opening hours, as there are good footpaths on both sides of the road.

“The most appropriate solution in this instance will be a controlled pedestrian crossing at the existing crossing with stop/go traffic lights and Laois County Council is currently progressing with these works.

“The ramp in Doonane is included in the 2021 works programme.”

Welcoming the news, Cllr Fleming explained when the issue of safety become heightened.

He said: “It gets very busy in the morning and the afternoon when the children are being dropped off and collected from school.

“There are people living in nearby estates who also use the footpath for walking so this will make it safer.

“As regards the Doonane Road, anyone who travels on it knows that it is like a runway on an airport sometimes with the speeds that people travel on it at.

“So the ramp will certainly help to slow people down.”

Mr Fleming also asked for an update on the flooding of the green area inside the entrance of the Barrowvale/The Vale Estate in Graiguecullen.

He said that about a month ago, the flooding was five or six metres deep and there was a fear that a young child could get into difficulty if they entered the water.

In reply, Mr McVeigh said: “This pond in the green area is part of the drainage infrastructure for the Barrowvale estate.

“It is designed to temporarily hold rainwater runoff when the downstream network capacity is exceeded. There may be a blockage in the network currently and we will arrange for it to be jetted in the coming week.

“If the problem persists, consideration could be given to making the ponded area larger and shallower or fencing off the area around the pond.”

Finally, Cllr Fleming called for repairs to be carried out on Bridge Wall at Old Derrig Bridge, Killeshin and for reflectors to be installed on the bridge wall.

Mr McVeigh said: “Laois County Council has inspected this bridge and will arrange for these works to be carried out at the earliest opportunity.”