The opening of a mass vaccination centre in Laois this week gives hope that events such as the Electric Picnic and the World Ploughing Championships could go ahead in the county later this year.

So says Laois TD Charlie Flanagan who was speaking at the official opening of the facility in the Midlands Park Hotel in Portlaoise.

The first jabs of AstraZeneca will be administered from Wednesday and while 374 people aged from 65-69 will be seen on the remaining days of this week, the plan is for the operation to be significantly scaled up.

Within weeks, the centre will operate 12 hours per day, seven days a week – with capacity for 8,400 vaccines to be done each week.

The HSE has repeatedly says that it envisages that 80% of adults will be vaccinated by June – and if this is achieved, it would leave the possibility for those aforementioned large scale outdoor events to go ahead.

Mr Flanagan said: “This is a hugely exciting week for Laois and let us hope that it is the last chapter in this battle.

“I detect a high level of enthusiasm and optimism amongst people in the room here and that is something we really need at the moment.

“I really hope that we can get enough vaccinations done in time for the Electric Picnic and the World Ploughing Championships so that they can go ahead.

“I feared those events could have to be confined to the over 70s,” he joked, “but now there is hope for all.”

Sinn Fein TD Brian Stanley said that he was encouraged by the fact that around 70% of adults aged 65-79 had registered on the HSE’s portal thus far – and said it was up to politicians and the media to get the message out about the vaccine.

He said: “I think these vaccines save lives and help prevent serious illness.

“We are already starting to see the results of the vaccines we have administered in terms of hepatisations, case numbers and deaths.

“Our job as politicians is to work together to get the HSE as much vaccines as possible and also to get the message out to people that vaccines are safe and they work.

Fianna Fail TD Sean Fleming was unable to be present due to a clash of commitments in Dublin but his brother Cllr Padraig Fleming represented him and heralded the location of the centre.

He said: “It really is a great honour to witness this and I have great confidence that the process will be streamlined.

“It is an excellent location for the people of Laois too as it is so central.”

Cllr Connell said: “This is very professional and we will be sure to share the news with members of our constituency and out fellow Councillors.”

Cllr McEvoy said: “Those working on the frontline have made enormous sacrifices in their efforts to keep us all safe and I want to thank them for that.

“Hopefully this is the final step in this awful time and that through vaccination, we will all escape this nightmare.”

Marianne Tierney, the HSE’s co-ordinator of operations at the Midlands Park, praised the efforts that the people of Laois have made in the battle against Covid.

She said: “This is a big moment for the people of Laois.

“They have done so much over the past 14 months. They have stayed at home as much as possible and tried to keep the infection levels as low as they could.

“I am really looking forward to the opening on Wednesday.

“I have been heavily involved on the testing end of things since the start of the pandemic and now we are hopefully heading to the final chapter.” 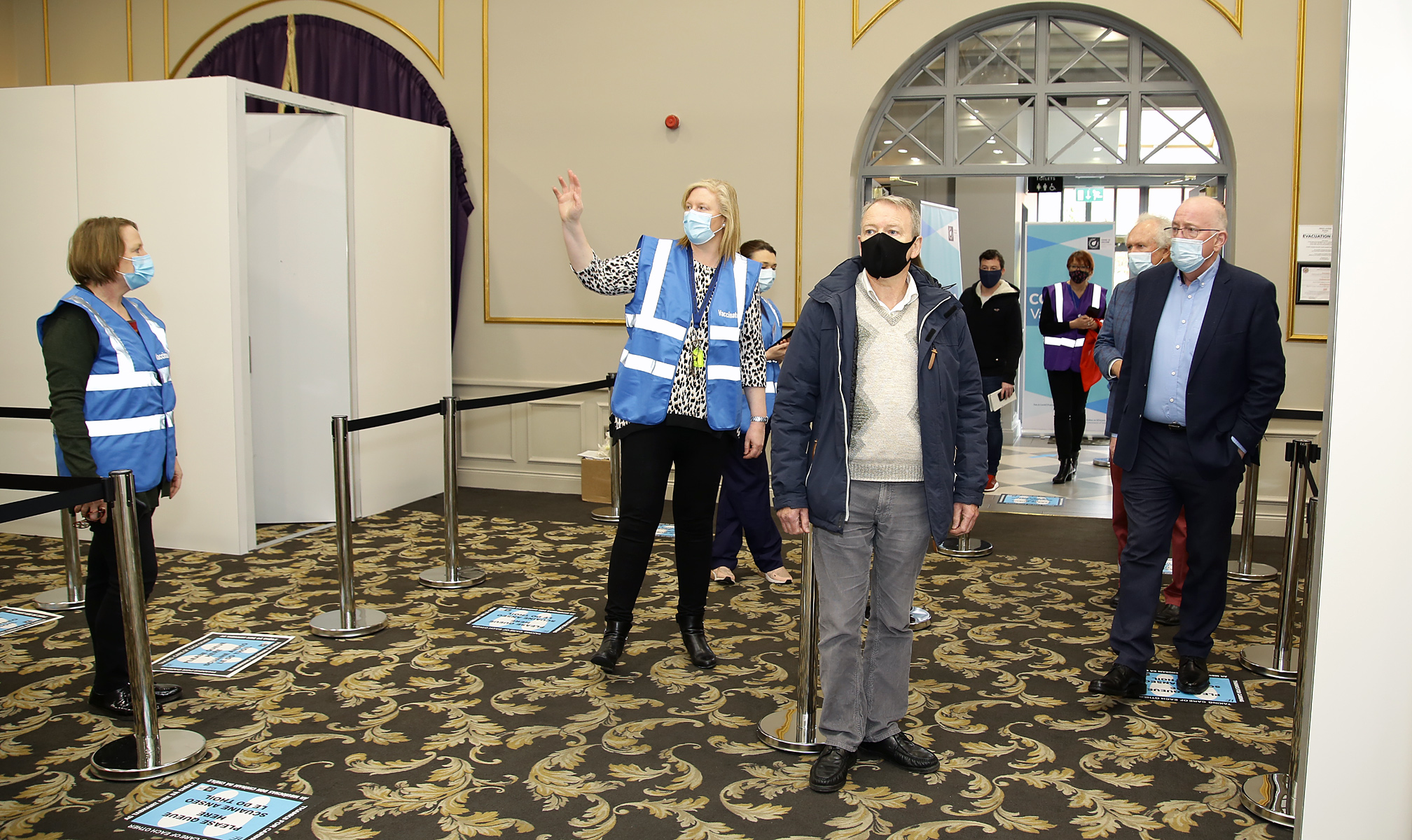 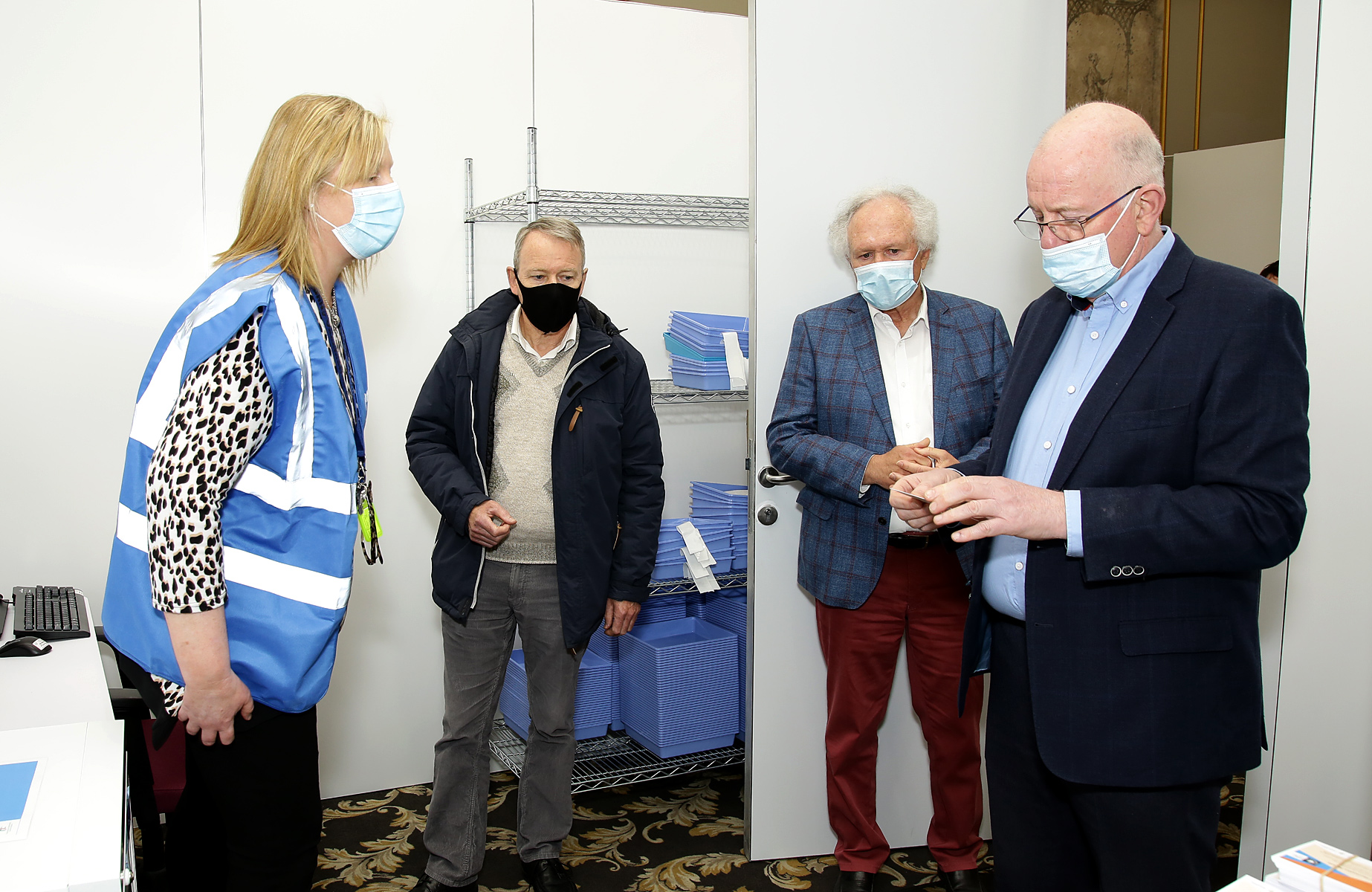 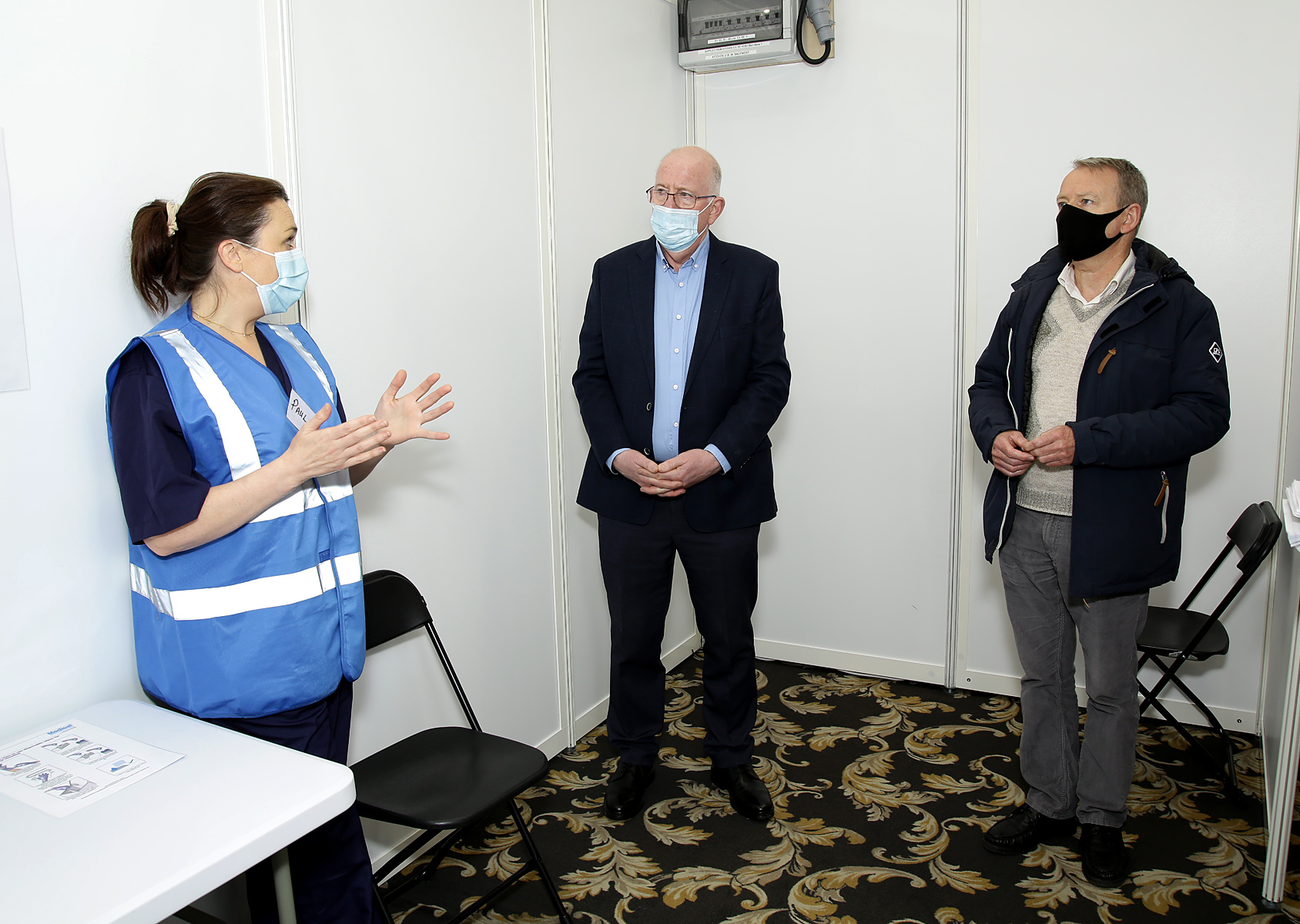 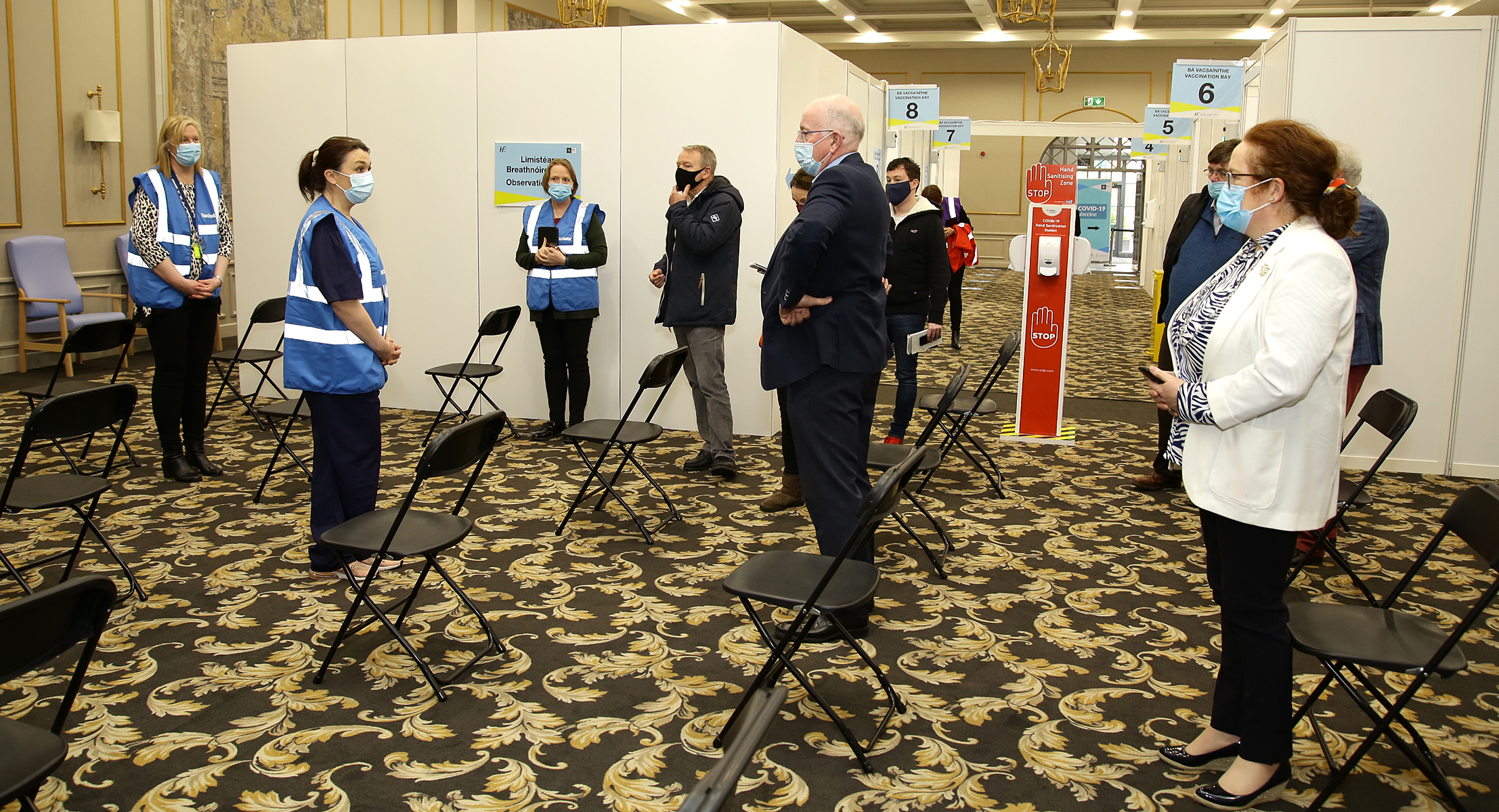 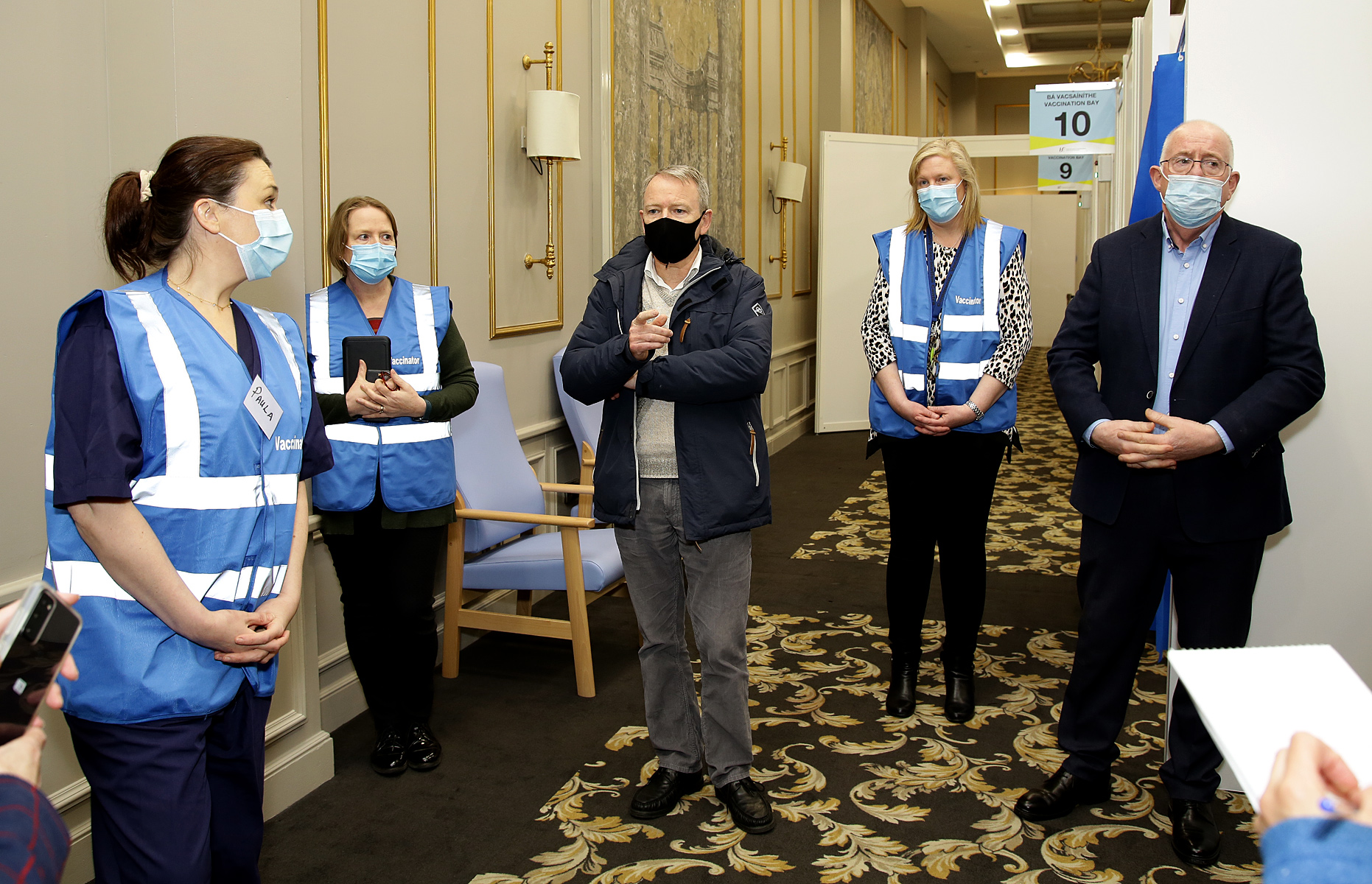 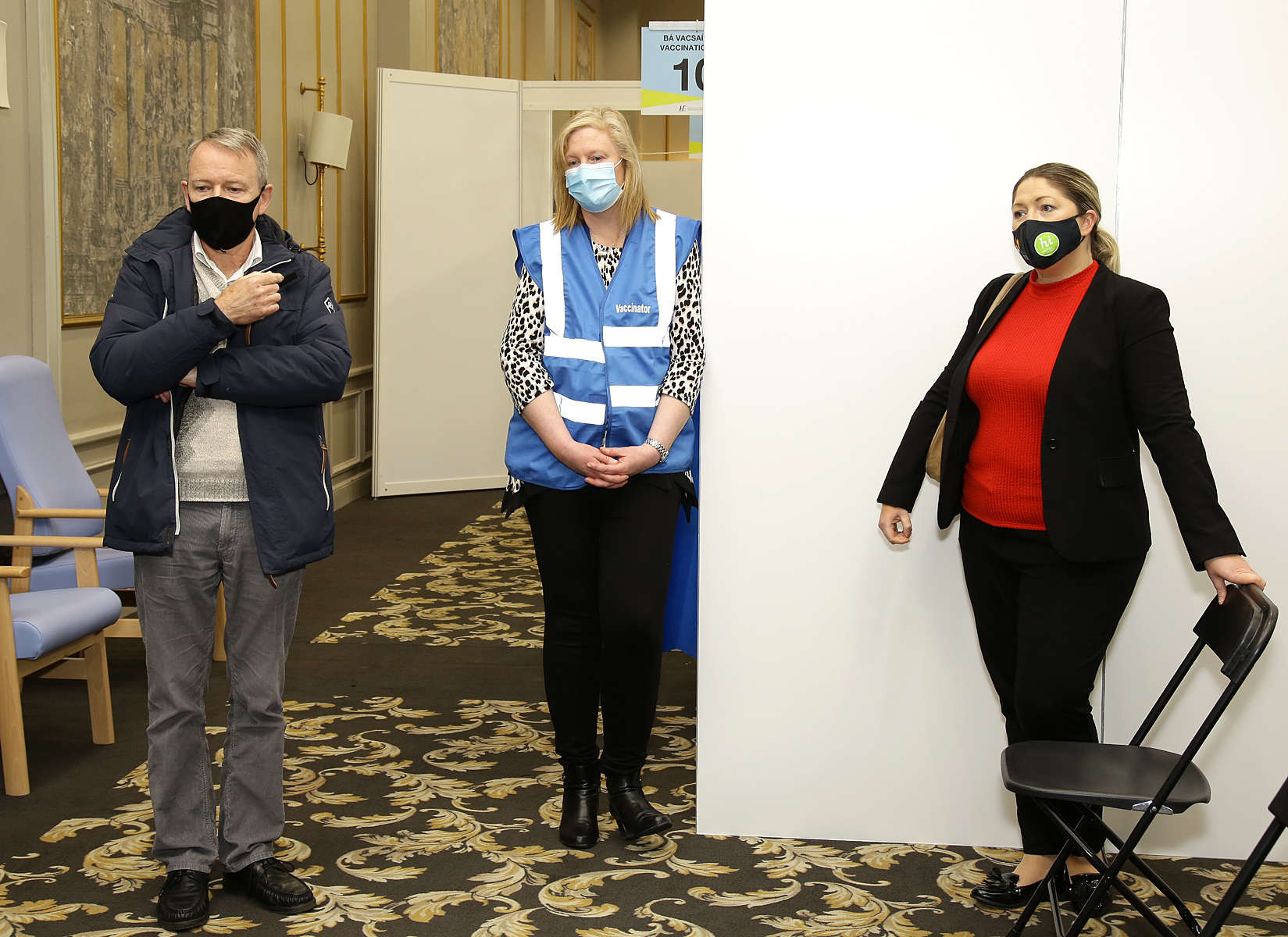