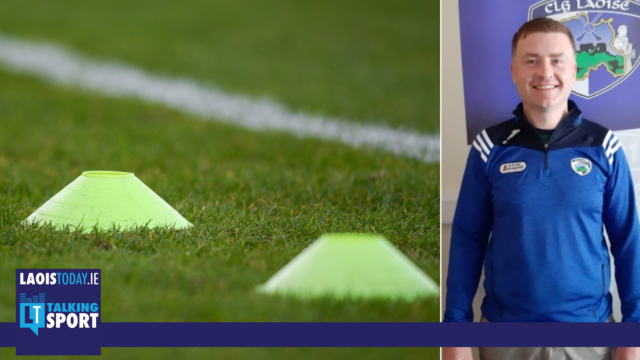 With the publication of the National League fixtures last week, the Laois hurlers and footballers now have a clear picture of what the next couple of months are going to look like.

The hurlers begin their Division 1B campaign away to championship opponents Wexford on May 9 in what will be Cheddar Plunkett’s first competitive game in charge before hosting Dublin in O’Moore Park a week later.

They will then play Clare at home and Kilkenny away before finishing with a trip to Belfast to play Antrim.

The footballers have a shorter league season – with an away trip to Clare on May 16 before a Saturday night home clash against Cork the following week and then another home game against Kildare on Sunday, May 30.

On this week’s LaoisToday Talking Sport Podcast, Alan and Steven discuss the league fixtures, where Laois might pick up points and what they need to learn ahead of the championship.

He tells us about his background and how he got into working in the GAA, how the coaching structure in Laois works and advice for coaches as the season now finally gets underway.

He also chats about the introduction of a number of new full-time coaches to clubs around the county and why he says it is a hugely exciting project and one that should have a very positive long-term effect.

You can listen to the podcast in full below on Soundcloud or on Apple Podcasts or Spotify.

SEE ALSO – Weekend Read: Laois historian on the removal of the GAA ban 50 years ago this month