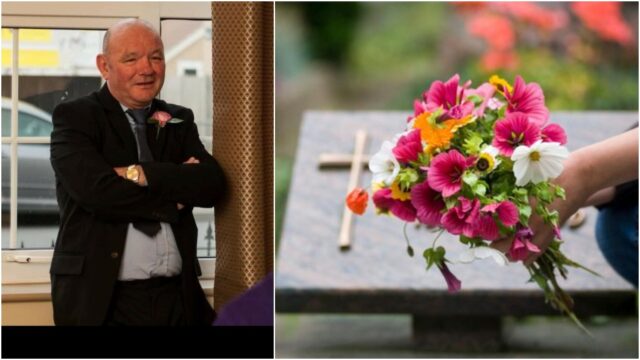 The death has occurred of Robbie Lyons, a native of Portarlington but a well-known publican in an Chatteris in Cambridgeshire for the past number of decades.

Mr Lyons, who was aged in his mid 60s, was from a well-known Portarlington family and grew up in St Patrick’s Terrace in the town.

According to the Cambs Times, he took over the George Hotel in the town in 2000 and “transformed the over 250-year-old building in a modern community hub”.

“Robbie transformed the pub from a little used, unloved local into a hub of the community employing 15 staff.

“As well as investing in a major refurbishment, Robbie has created an 80-seat garden with space for children to play, revamped the letting rooms, introduced entertainment and fundraisers for local charities and brought in homemade food featuring Irish stew and Sunday roasts as specialties.

A tribute posted by The George Hotel on social media reads: “It is with much sadness and a heavy heart that we have said goodbye to Robbie Lyons.

“You will be sadly missed for your kindness, your sense of humour, your bad language and just being you.

SEE ALSO – Explained: The path out of lockdown as Government set to relax restrictions