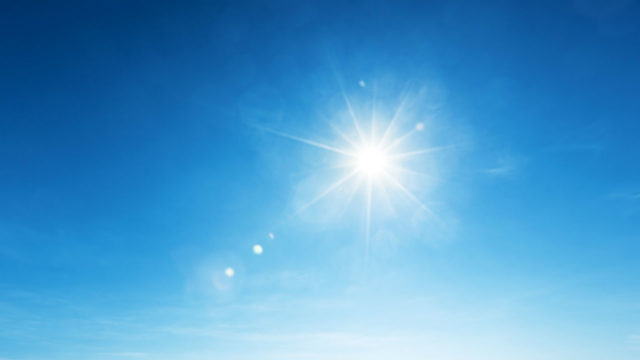 Another glorious weekend is on the horizon weather wise and one local forecaster is predicting temperatures tipping 26C.

He said: “I hope the burger buns shelves are well stocked for the weekend!

“The warmest day of the year so far on Sunday and you will want to make the most of it as it turns cooler and unsettled next week.”

They say: “Tomorrow, Saturday, will be mostly or completely dry, with the best of the sunshine in the east and south. It will be cloudier in the west and north, with a very slight chance of a few spots of drizzle on north and northwest coasts.

“Warm in most areas, especially in the east and south, with temperatures of 20 to 23 degrees, cooler in Atlantic coastal areas, with highest temperatures there of about 18 degrees. Winds mostly light westerly, but moderate south to southwest winds on Atlantic coasts.

“Saturday night will be mostly dry and clear, however cloud will increase in western coastal counties by morning. Lowest temperatures of 10 to 13 degrees.

“Sunday will be very warm and dry in Leinster, Munster and east Ulster with sunny spells and highest temperatures of 22 to 26 degrees and light to moderate southwest breezes.

“A bit cooler in western counties where it will be cloudier with highs of 16 to 21 degrees. Through the evening, showers will develop across Connacht and Ulster.

“On Sunday night, showery rain in the west and northwest will spread eastwards, becoming light and patchy. Cooler weather will follow. Lowest temperatures of 10 to 14 degrees.”

And Alan’s warning to enjoy it while it lasts is reflected in Met Eireann’s forecast for after Sunday.

They say: “Monday will be largely dry with sunny spells. It will be a cooler fresher day with highest temperatures of 15 to 20 degrees, warmest in the southeast with light to moderate west to northwest breezes.

“Monday night will be dry with clear spells, but becoming cloudier in the west. Lowest temperatures of 7 to 9 degrees.

“Tuesday will start mainly dry. Rain will develop in the west in the morning and will spread eastwards through the day. It will clear in the evening with scattered showers following.

“Highest temperatures of 14 to 20 degrees, warmest in the east in moderate to fresh south to southwest winds.

“Wednesday and Thursday look like being cool and breezy with sunny spells and scattered showers extending from the west. Temperatures will be in the mid teens with mostly moderate westerly breezes.”