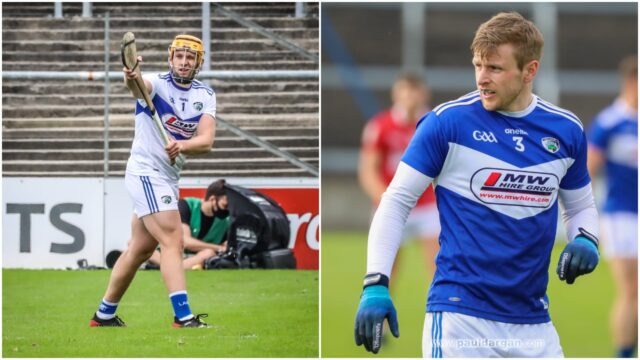 It is a busy day on the GAA front as the Laois hurlers and footballers face trips to Ulster to face Antrim and Down.

Below, we will preview both games:

The game throws in at 3pm in Antrim’s temporary home venue in Corrigan Park in Belfast.

Laois manager Seamas Cheddar Plunkett named his starting team on Friday – the same one that began the game against Kilkenny last week.

However, we believe that as many as five changes are set to be made to this team before throw in.

Antrim have not yet named their team for this game.

In 2018, Laois managed to ground out a one point win over Antrim in the Joe McDonagh Cup and also Laois saw them off to maintain their Division 1B status for 2019.

The man in the middle for this game is John Keenan from Wicklow. He last officiated a game involving Laois back in 2017 when Dublin beat them in the Leinster championship.

We will be providing minute-by-minute updates on our Live Blog and there will also be coverage on Midlands 103. While the game is on GAA Go.

The game throws in at 6.15pm in Down’s home venue in Newry, Pairc Esler.

Laois manager Mike Quirke named his team to face Down last night and it shows four changes from the side that lost to Kildare two weeks ago.

Colm Begley and Donie Kingston have returned from injury and come into the team in place of Alan Farrell and Gary Walsh.

Danny O’Reilly misses out through injury with Sean Byrne in for him while there is a first appearance of the season for fellow Portarlington man Colm Murphy who is in Brian Byrne.

On the bench, Marty Scully is named for the first time this season and he’s in for the aforementioned O’Reilly who drops out of the 26 altogether.

Down have not yet named their team.

Defeats to Meath and Mayo meant that even that win against Westmeath the last day still meant they were in relegation trouble.

Before that, Laois’s last clash with Down was in the last round of Division 2 in 2015 when Laois lost in Newry but had just enough to stay up.

Jerome Henry from Mayo is in charge. His last time to officiate a Laois game was the 2019 Division 3 league final against Westmeath.

Before that, his most game involving the county was the 2-18 to 0-14 loss to Clare in the 2017 All Ireland Qualifiers.

The game is live on GAA Go and you can expect radio updates from Midlands 103 and RTE. As always, LaoisToday will be live blogging the entire game.

SEE ALSO – Warmest day of the year forecast for Sunday – and we better make the best of it!