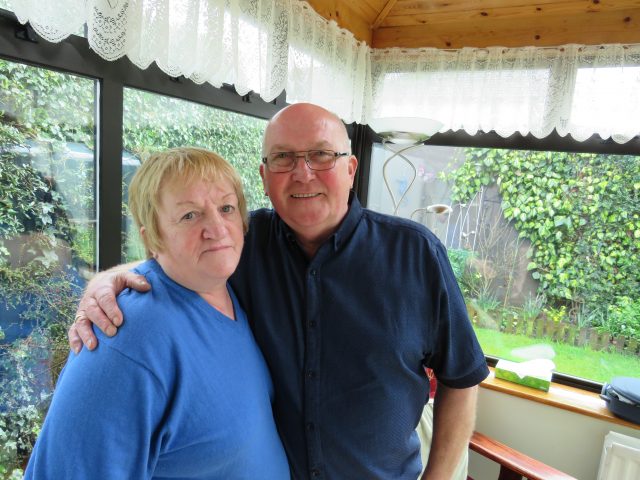 The funeral of Jim McCormack, the Portlaoise native who died suddenly in South Africa earlier this week, will take place this Saturday morning in the St John’s Catholic Church in Fish Hoek close to where he lived.

The mass will be streamed live at 8.55am Irish time. Cremation will follow mass.

Jim and his wife Esther moved to South Africa in 2017 to live nearby their daughter Aisling and her family. Aisling passed away suddenly in 2019 aged only in her early 40s.

Jim’s death notice noted that he will be sadly missed by his former colleagues in the Irish Prison Service, in Portlaoise and Laois GAA circles and community and voluntary groups in Portlaoise. “He was a true native of The Town,” added the death notice.

Jim and Esther moved to South Africa in 2017 after they retired from their respective roles in Portlaoise Prison and in the Kolbe Centre.

Their son Diarmuid lives in Montreal in Canada while Enda lives in Galway.

At the time of their big life move, Jim and Esther spoke to LaoisToday about their decision.

They bought a house in the seaside resort of Fish Hoek about 40 minutes from the centre of Cape Town.

Jim was aged in his early 70s and his passing occurred on the second anniversary of his daughter Aisling’s death.

The mass can be viewed on this link here on Facebook.