This week’s Remember the Game takes us back 14 years to when Timahoe faced Sarsfields in the ladies senior football championship final in O’Moore Park.

Sarsfields were also in the 2006 final against Shanhoe. They drew the first final 0-10 to 1-7 in Ratheniska and then they narrowly missed out on championship glory in the replay when they lost by three points.

It was more heartbreak for Sarsfields in the 2007 final as Timahoe edged past their opponents with two points in three minutes to clinch their ninth senior ladies Championship title.

Timahoe got off to a flying start when Jemma O’Connor burst away from the Sarsfields defence to put the ball into the back of the net.

Clare Conlon got Sarsfields off the mark with a points but Martina Dunne replied with one of her own – which would be Timahoe’s final score of the half.

As the game approached the final quarter of the first half, Tracey Lawlor became very influential as she was a constant threat to the Timahoe defence.

Lawlor scored two points in three minutes before Conlon added another point to her tally to cut the deficit to two points.

Sarsfields then took a one point lead on the stroke of half time when Tracey Lawlor set up Rosemary Bermingham for a goal – 1-4 to 1-3.

It took nearly 13 minutes into the second half when the first score of the half was registered.

Elizabeth Cahill levelled the game for Timahoe with a fine point.

Timahoe began to dominate the game from this moment as Angela and Mary Casey controlled the midfield area.

But despite that, with six minutes to play, Ciara O’Loughlin put Sarsfields ahead once again.

Sue Ramsbottom hit back though and then Angela Casey held her nerve to slot a last gasp free to seal glory for Timahoe. 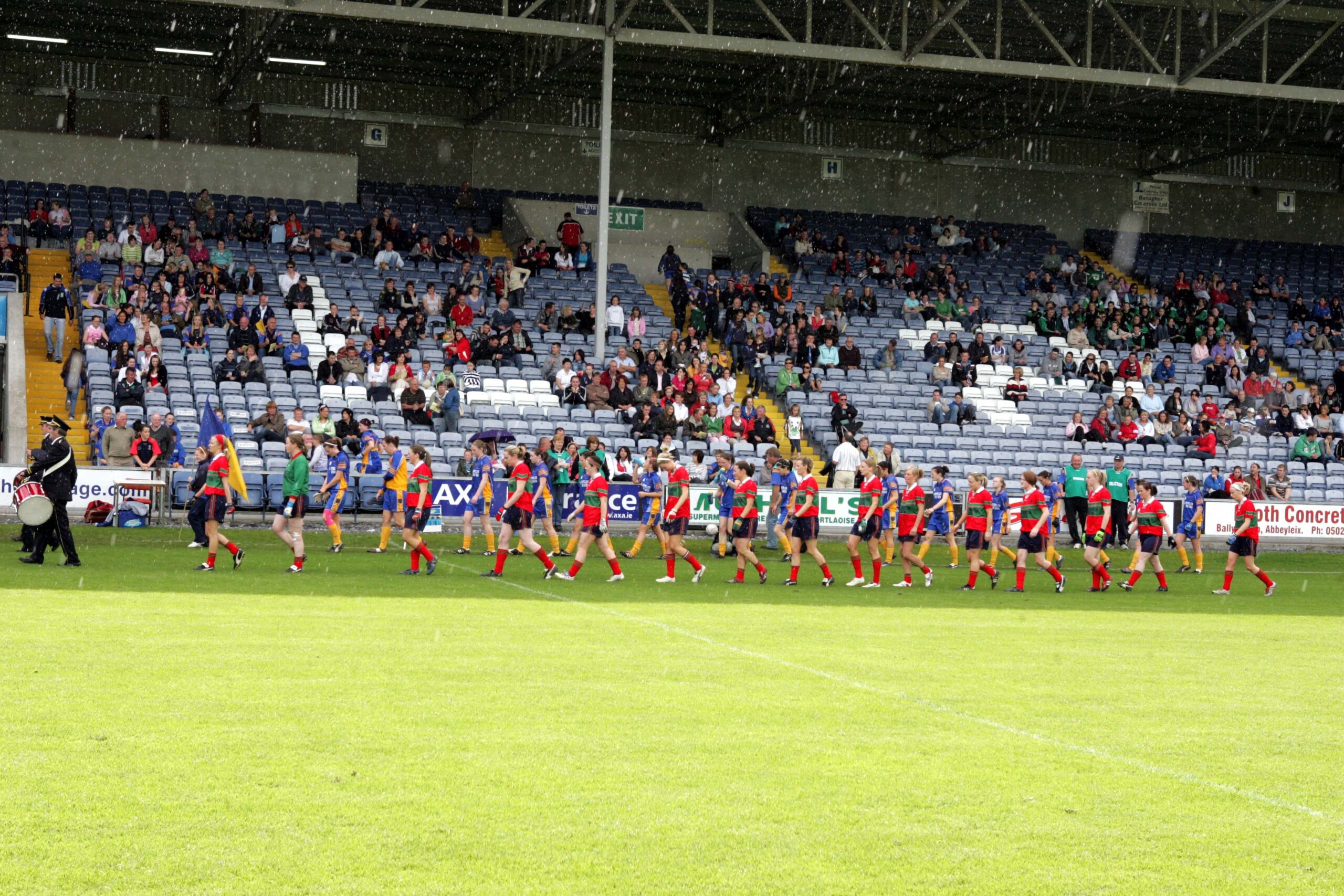