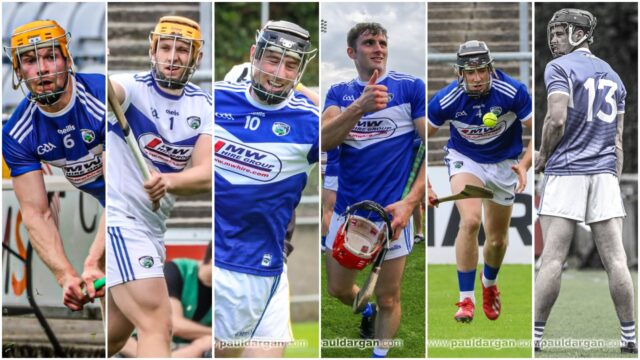 Six Laois senior hurlers have been named on the GAA’s hurling team of the week.

The lads have been chosen following a dramatic encounter with Antrim on Saturday.

Enda Rowland has been named in goals with Donnchadh Hartnett and Jack Kelly in the full back line.

Podge Delaney is at half back with Paddy Purcell in midfield and PJ Scully named in the full forward line.

Before Saturday, Cheddar Plunkett’s men had lost every game they played this year but two Paddy Purcell goals, one in either half, proved crucial as they pulled off a great win.

Laois lost Sean Downey to a sin bin and then Ross King to a second yellow as two Eoghan O’Neill goals brought Antrim back to within two points at the second water break – 1-21 to 2-16.

But Laois stepped it up again in the third quarter and went on to win by six points in the end.

Their reward for this win is a trip to Nowlan Park on Saturday to take on Waterford at 2pm in the All-Ireland Qualifiers.