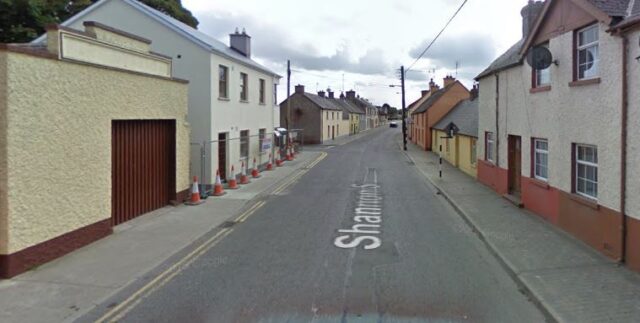 A decision on a proposed flood relief plan for a Laois town is due by the end of this month.

Back in February, Laois County Council applied to An Bord Pleanala for permission to install a new 600mm diameter overflow culvert, on the Shannon stream in Mountrath.

€46,565 in funding was secured by Laois County Council from the Office of Public Works (OPW) last September to carry out flood mitigation works on Shannon Street, Mountrath under the Minor Works Scheme.

This issue has been causing distress and anxiety to many residents and businesses on Shannon Street for years.

At yesterday’s monthly meeting of the Borris-In-Ossory-Mountmellick Municipal District, Cllr Conor Bergin enquired about when a decision on the plan was likely.

He said: “I am asking for an update and a potential timeline for the works if possible.”

In response, assistant engineer James Dunne confirmed that An Bord Pleanala are due to make a decision by the end of this month.

Cllr Bergin said: “This is positive news and hopefully works can be completed before winter where there is always a flood risk.”

Separately, Cllr Bergin called for a yellow box to be installed to prevent unauthorised parking in the Royal Court Estate in Borris-In-Ossory.

In reply, assistant engineer Dunne confirmed that the Council had installed plastic bollards which would have the same effect.

While in Cllr Bergin’s third motion, he asked that a white line by installed to protect pedestrians on the Sli na Slainte walking track between the R445 Roscrea Road Roundabout and R435 Shanboe Roundabout in Borris-In-Ossory.

Cllr Bergin said: “If a lorry or truck is pulling in, a white line would show the verge and make it safer for walkers.”

In reply, Mr Dunne said: “Works are currently ongoing with a footpath being installed on approach to the roundabouts.

“Laois County Council will meet with the elected member to discuss this motion once the works are completed.”