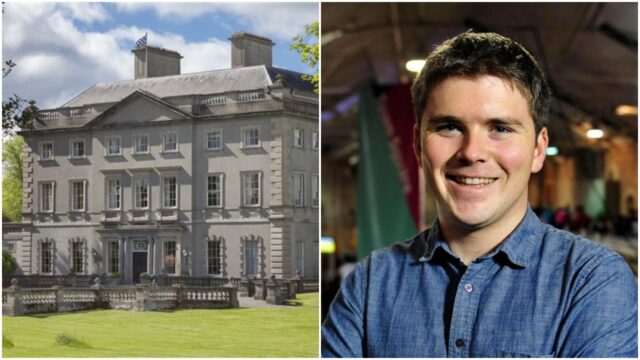 An Irish billionaire who recently bought a €20 million mansion in Laois has now purchased a majority stake in an airport in Kildare.

According to The Currency, John Collison has joined ‘a group buying a majority stake in Weston Airport in Kildare’.

The online outlet reports that Collison is part of a group of investors put together by Derick Walshe, a Limerick-based financier, that includes Collison, John Brennan, Catherine Greene, and Gerald Dundon.

In a statement given to The Currency, Walshe said that the group planned to turn the Weston, which is located in Leixlip, into a ‘state-of-the-art facility’.

They wish to ‘invest in and upgrade the existing aviation and non-aviation facilities and to create a destination that is open and welcoming to the local community’.

Collison hit the headlines in Laois back in June when he purchased the Abbey Leix Estate which is located on the Ballacolla road out of Abbeyleix.

The 1,050-acre estate is located about an hour from Weston Airport by car – and half an hour by helicopter as it is believed that the Abbey Leix Estate has a helipad.

Brothers John and Patrick Collison have a combined wealth of €7.7 billion, were named third on the 2020 Rich List for Ireland and are the founders of Stripe.

Originally from Dromineer in Tipperary, the brothers are typically referred to as being from Limerick as they attended Castletroy College before moving to the US at a young age to further their business interests.

Stripe is an online payments company that the brothers founded in 2009 and is now the most valuable ever Irish-made enterprise with a market value of just under €80 billion.

SEE ALSO – Up and Coming: Meet the Stradbally Personal Trainer who turned his own journey into a career