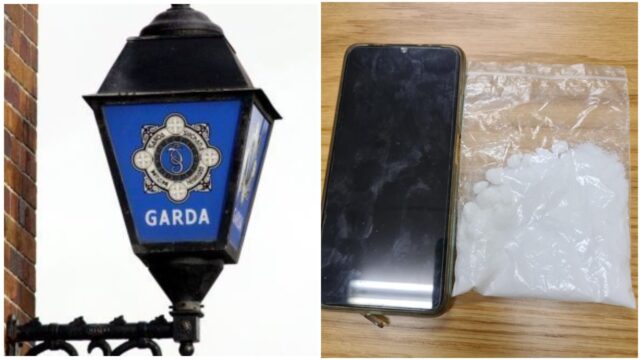 Gardai in Mountmellick seized €2,500 worth of cocaine following the search of a vehicle on Sunday night.

A number of men are being interviewed by Gardai in relation to the incident.

According to Gardai, this seizure was made as part of a nationwide campaign known as Operation Tara.

They said: “Gardai were out and about on Sunday night patrolling and discovered two occupants of a car acting suspiciously.

“With the assistance from Portlaoise Garda a search of vehicle was conducted resulting in approximately €2,500 of cocaine being recovered.

“A number of males are being interviewed on the matter.

“Operation Tara will have a strong focus on tackling street-level dealing in cities, towns and villages across the country.

“The goal of Operation Tara is to protect communities from the scourge of illegal drugs in line with An Garda Síochána’s mission of Keeping People Safe.

“The focus of Operation Tara is to disrupt, dismantle and prosecute drug trafficking networks, at all levels – international, national, local – involved in the importation, distribution, cultivation, production, local sale and supply of controlled drugs.

“Under Operation Tara, individuals and groups involved in the drug trade will be the target of enforcement activity based on intelligence and the latest crime trends.

“Anyone with information should contact the Garda Confidential Line 1800 666 111.”