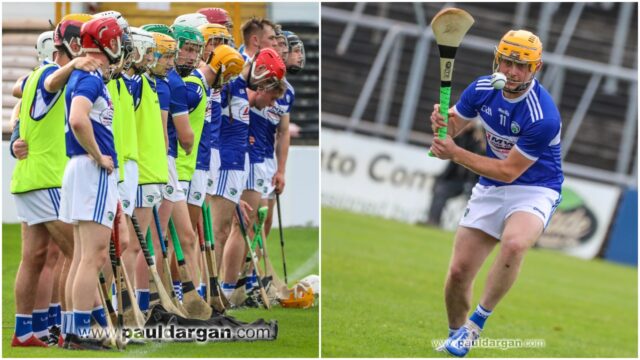 The Laois U-20 hurlers have received a boost for next year’s championship campaign with the news that one of their key players will be free to play.

Ollie Hally’s charges gave us great joy back in the summer with dramatic wins against Westmeath and Antrim qualifying them for the Leinster quarter finals.

Here, they went toe-to-toe with Kilkenny in Nowlan Park and pushed The Cats all the way.

Kilkenny went into the game as 1/20 favourites but Laois rubbished those odds as Ollie Hally’s men gave their hosts an almighty fright and were desperately unlucky not to win the game.

Laois were three points down with 58 minutes on the clock when free taker Tadhg Cuddy was shown a straight red card.

Cuddy, who had scored five points, was sent off by referee Gearoid McGrath who had consulted with his linesman.

We’ll never know if that decision ultimately cost Laois the game or not – but a team would rather have the full compliment in the dying stages when searching an equalising goal.

On first viewing, the red card seemed harsh and Laois subsequently launched an appeal against it.

If Cuddy’s red had stood, he would have missed at least the first round of next year’s Leinster championship.

The Castletown forward was captain of the minor hurlers in 2019 and Laois will certainly be better for having him available to play next season.