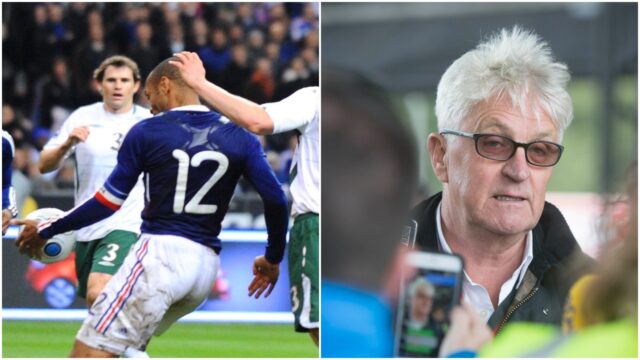 Defiant Electric Picnic organiser Melvin Benn says he has still not given up hope that the festival could go ahead later next month.

In a fiery interview on the News at One on RTE Radio One with Bryan Dobson, Mr Benn blasted political leaders and NPHET for creating a ‘culture of fear’.

He said that a lack of political leadership at national level forced Laois County Council into deciding to refuse a licence for this year and compared the decision to when Thierry Henry handled the ball before setting up William Gallas to score a goal for France that denied Ireland a spot at the 2010 World Cup.

Mr Benn said: “There is a complete lack of leadership and I am really angry because it is unnecessary and wrong.

“The level of vaccination in Ireland is incredibly high. You would win the Gold Medal for the speed at which it has been rolled out.

“It is so wrong. The only parallel I can think of is feeling like Shay Given did in 2009 when Thierry Henry handballed that ball.

“Everybody knew it was wrong and yet the referee ignored it. As far as I’m concerned, everybody knows this is wrong and NPHET have created a culture of fear.

“There is no political leadership that is challenging that. It is not about Laois County Council, the whole culture of fear is wrong.

“We have been doing test events in the UK and all the results are available. No significant spikes were recorded.

“Electric Picnic was only for fully vaccinated people – it was significantly more than what we did at those test events.

“It is an appalling situation.”

Mr Benn is involved in concerts that have taken place in the UK and USA – and he says the difference here in Ireland is simply down to political leadership.

“Political leadership is the difference. It is not a different virus in Ireland – it is the same virus.

“The science is as clear as it comes. You can put people together in outdoor spaces.

“Providing they are all tested or all vaccinated, there will not be a spike in cases as a result of it.

“The science is there but it is not been read and adopted here. The clear difference is political leadership.

“The government are not challenging the public health advice in the face of clear evidence from across the world.

“I don’t know if it is because it is coalition government or something – but there is something wrong with leadership.”

With large crowds now allowed to attend upcoming matches in Croke Park – Mr Benn was asked what hope that gives him for the future should those events not lead to a spike in cases.

He said: “I don’t know what hope it gives me. Does it give me the hope that they are going to reverse the decision on Electric Picnic? Not that much and that has clearly been my focus.

“I was very optimistic in order to force a decision and we got a decision but it was the wrong one in my opinion.

“I understand why Laois County Council made it but is there any hope? Without political leadership, I don’t think so.

But when asked by presenter Dobson if he had now given up on Electric Picnic taking place this year, Benn was defiant.