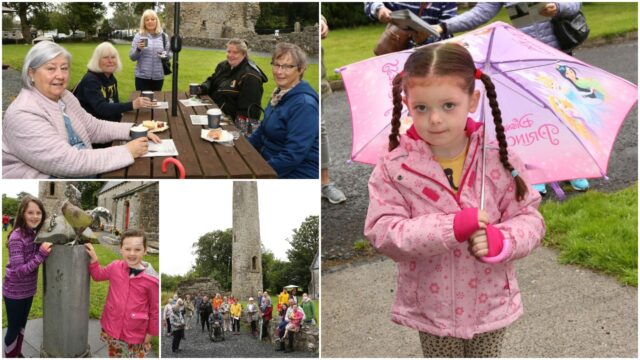 Timahoe Round Tower rises majestically out of the surrounding landscape and is one of the finest examples of a Round Tower in Ireland.

The tour of the early Christian site at Timahoe with its 12th Century Round Tower was led by local guide Local Guide Roghan Headen.

Roghan informed attendees from PPN Member Groups how Timahoe Round Tower was built in the 12th Century, on the site of a religious community founded by St Mochua around 600AD.

Attendees learnt how Timahoe Round Tower made it easy for travellers to find the monastery through the years.

Bells would be rung to call the monks to prayer, and to signal when the monastery was under attack.

When the alarm sounded, monks would grab all the treasures of the monastery and scramble into the tower.

Once they had drawn up the outside ladder and bolted the door, the thick stone walls kept them safe.

The tour was followed by a talk with Sean Murray, Laois Archaeologist, on the project to digitally record the beautifully craved Hiberno Romanesque doorway – that the Tower is renowned for.

Carvings of human heads, with flowing beards and moustaches, decorate the main entrance, almost five metres from the ground.

The day finished with tea and sweet treats for attendees at the Timahoe Heritage Centre.

“The Tower is a Laois Heritage Site and is part of Irelands Ancient East. Attendees loved finding out more about this Heritage site from Roghan Headen and the amazing carvings from Sean Murray.”

Photographer Michael Scully was there to capture some great pictures. 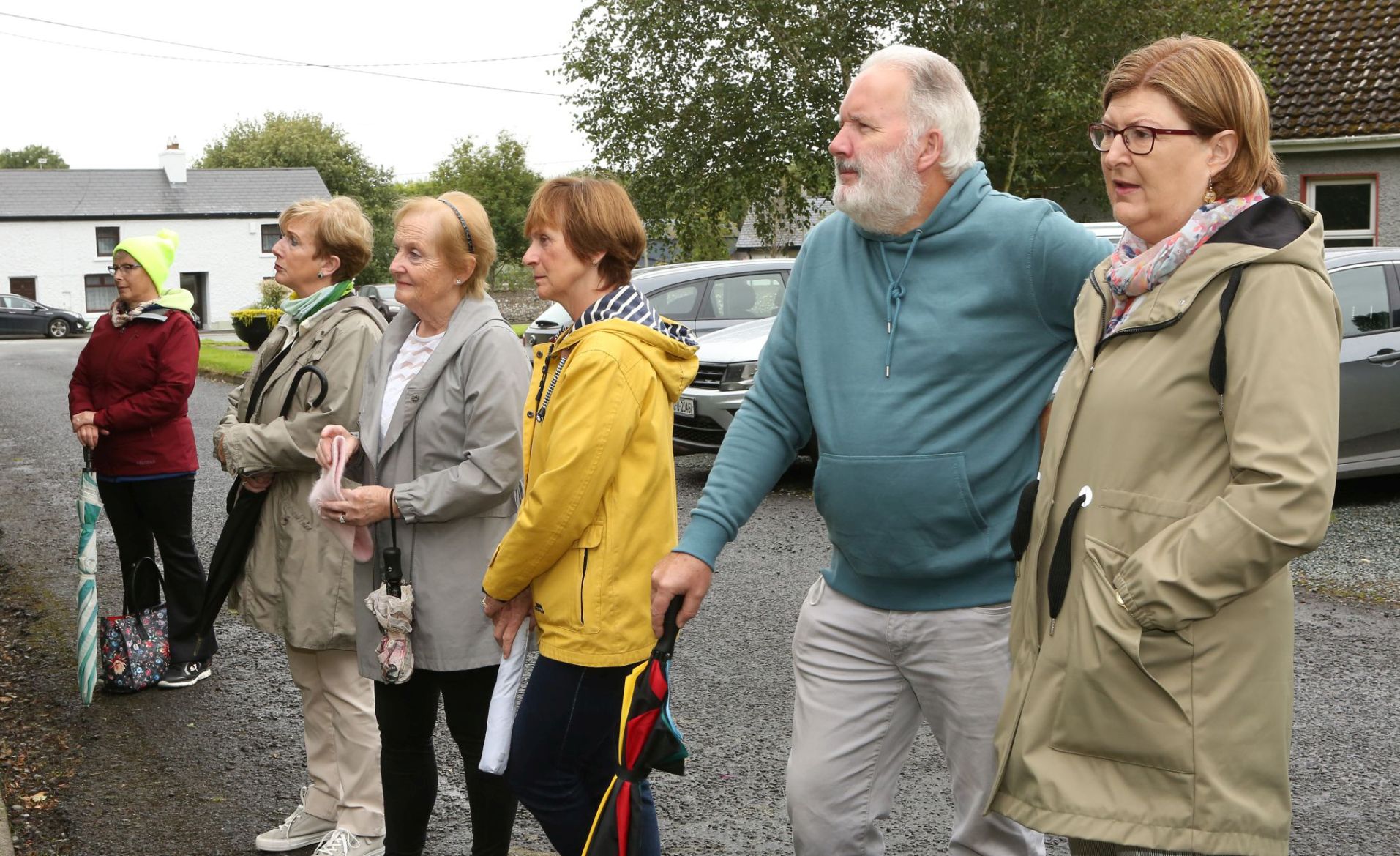