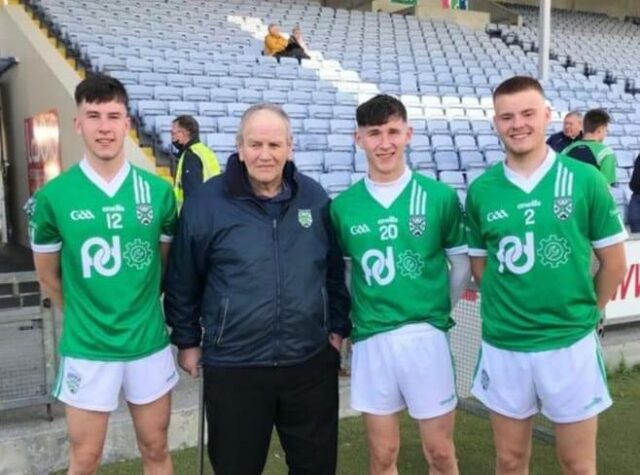 There is deep sadness in Stradbally today following news of the passing of Ted ‘Teddy’ Delaney.

Mr Delaney, of Kylebeg, Stradbally, in Laois, passed peacefully at his residence, surrounded by his loving family.

Teddy was from the famed Delaney family, known far and wide for their GAA exploits across multiple generations.

Teddy’s father Matt was on the Laois team that won the first National Football League title in 1926 and Teddy and his brother Danny, who passed away last year, played for Laois in the 1950s and 1960s and won intermediate championships with Stradbally in 1959 and 1963.

As well as that Teddy was a well-known referee and took charge of numerous inter-county championship games.

Teddy was also immensely proud of his three grandsons Eamonn Delaney, Ciaran O’Neill and Conor Goode who have all played for Laois at juvenile level and made their senior club debuts in 2020 – with Teddy proudly watching in the stand.

And also Timahoe’s Oisin Ramsbottom who was part of the Laois minor football panel this year.

Teddy was Vice-President of Stradbally GAA, served as a selector with various senior teams over the years and also as a long serving committee member.

He was an avid Laois football supporter too – and would travel the length and breadth of the country following his county. He never missed a Stradbally game either.

Reposing at his family residence on Wednesday from 4pm with rosary at 8pm.

Funeral arriving at The Church of the Sacred Heart, Stradbally, on Thursday evening at 7.30pm for funeral prayers.

Requiem Mass at 11am on Friday, with limited capacity, followed by interment in Oakvale Cemetery.

May Teddy Rest in Peace.

SEE ALSO – Sadness in Stradbally as one their ‘kindest, most witty and most likeable characters’ is laid to rest