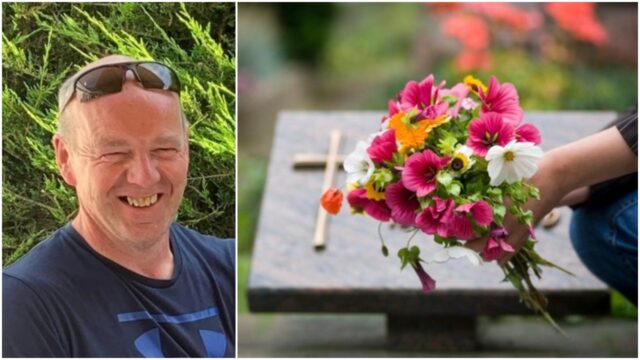 There is deep sadness in Portlaoise in the surrounding areas following the news of the tragic passing of Owen ‘Rake’ McDonald.

Mr McDonald, from Colliers Lane in Portlaoise, passed away on Monday September 6.

Owen worked as a prison officer in the Midlands in Portlaoise and he is deeply regretted by his loving parents Mick and Phyllis, wife Anne-Marie, cherished daughter and son, Aoibhe and Conor, sister Tina and brother Brian.

Tributes flooded social media in the days since the news of Owen’s passing was known.

T&S United, a juvenile soccer club in Timahoe where Owen was a coach for many years, paid him a heartfelt tribute.

They said: “It was with deep shock and sadness that we learned of the passing of our former coach Owen ‘Rake’ McDonald recently.

“For many years, Rake coached a team in our club in which his son Conor was part of and he was a tremendously positive person to have involved.

“Indeed, a trip back through our timeline on Facebook will give you a sense of the type of person that Rake was.

“He routinely posted match reports after games and win, lose or draw, Rake would always find something positive to say.

“The boys and girls that he coached adored him as much as he did them. When he was involved, he poured his heart and soul into the club.

“Alongside fellow coach David Dillon, the pair drove the project which delivered dugouts to our ground in Timahoe back in 2017.

“Away from the soccer, Rake worked as a prison officer in the Midlands and would often brighten people’s days with his witty sense of humour.

“His Facebook posts would routinely make you smile and he had an uncanny ability to be naturally funny.

“Rake will be missed by all of us and our thoughts now turn to his family – loving parents Mick and Phyllis, wife Anne-Marie, cherished daughter and son, Aoibhe and Conor, sister Tina and brother Brian.”

Mr McDonald will be reposing at Keegan’s Funeral Home Portlaoise on Wednesday evening from 8pm with the rosary at 9pm. Removal on Thursday morning to SS Peter and Paul’s Church for 12 noon requiem Mass with limited numbers.

Interment will follow afterwards in SS Peter and Paul’s Cemetery, via Dublin Rd.