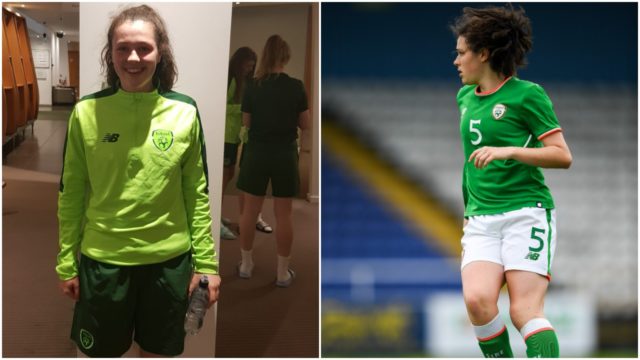 A Laois player has been selected on the Republic of Ireland U-19 Women’s squad for a European tournament this week.

Portarlington’s Della Doherty is one of 22 players selected for the competition in Portugal.

Dave Connell’s side will face the host nation, as well as Norway and Denmark in a mini tournament that will allow him to see his players up against elite opposition.

Ireland had two training camps in Limerick, which came off the back of playing Northern Ireland, as they ramp up preparations for their UEFA Under-19 Women’s European Championship qualifiers in October.

Having both being capped and captained the Republic of Ireland at youth level, 18-year-old Doherty has been at the heart of the Wexford Youths defence this season.

Previously at Peamount in Dublin, Doherty transferred south early in the season and her side sit third in the table – four points behind Peamount.

Republic of Ireland Women’s Under-19 Squad