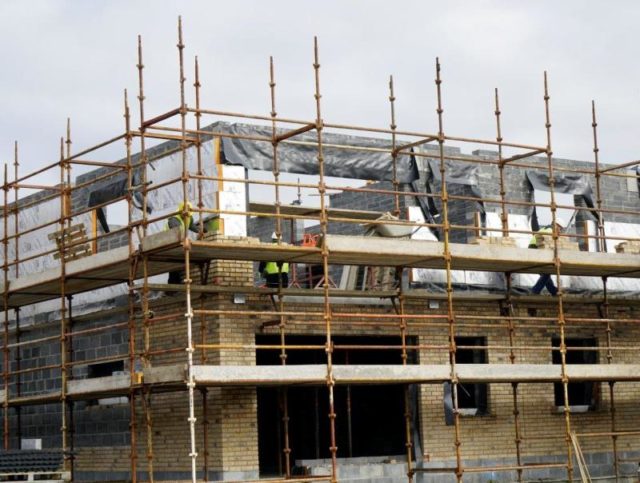 Laois TD Brian Stanley has blasted the government’s housing plan and says it has not delivered one affordable home in our county in almost 15 years.

The Sinn Fein deputy was speaking in the Dail as part of a debate on his party’s Social and Affordable Housing Bill.

He said: “The fact are that consecutive Governments have failed to provide affordable homes across the country on a scale required to address the housing crisis.

“There has not been one single affordable home delivered in Laois-Offaly in almost 15 years and there does not appear to be any plans in place for cost rental projects in either county.

“This Government, just like its predecessors, seems either incapable or unwilling to take action to deliver affordable homes for ordinary hard-working people.

“What we have is a sweetheart deal in the Governments housing plan. A loophole which will allow developers to avoid providing additional homes for purchase or rental.

“The Governments plan allows developers to avoid selling 20% of the units they build to local authorities for affordable to purchase and rental homes.

“Which is why Sinn Féin has brought forward legislation to correct the loophole.”

He said: “Sinn Féin projects that closing this loophole will ensure an additional 10,000 genuinely affordable homes will be built between now and 2025.

“This is the kind of practical solution we need. We must get to grips with the housing crisis. Since 2013, in Laois house prices have increased by 98% and 64% in Offaly.

“These are astronomical increases which have completely obstructed families and workers from purchasing their own home.

“Instead, property developers are buying them up and renting them out to families at spiralling, skyrocketing rents.

“Half of the constituency does not have a rent control zone and the three zoned areas are not effective because of loopholes.

“I would also argue that if we had rent controls in place years ago, this type of market manipulation would not be happening.

“One of the things driving up house prices is the fact we do not have rent controls. It is very profitable for landlords, developers and speculators to buy houses and to rent them out, charging what they like in rent.

“Consecutive Governments have allowed this crisis to develop. We have been saying for years that workers and families are trapped in a rental market that is out of control, with no affordable or cost rental options in sight.”