In today’s first Ladies Football semi-final Sarsfields, who led for the entirety of the game, held on to win this much anticipated semi-final in Rathleague this afternoon.

Sarsfields have dominated Laois Ladies football for the past decade but Portlaoise stopped their drive for eight-in-a-row last year to win their first ever title so this was a semi-final match-up between two of the favourites for the title.

Sarsfields dominated Portlaoise’s kick-outs early and this directly led to three points in a row from Clare Conlon (2) and Laura Marie Maher.

Portlaoise’s first concrete chance came from a counter attacking move centred by Laura Nerney and Gráinne Moran which set up Shaunagh Jackson but her shot pinged off the post.

Sarah Ann Fitzgerald got Portlaoise off the mark in the sixth minute before a minute later Portlaoise missed their second goal chance as the dangerous Moran fired off the crossbar.

Sarsfields managed to regain their composure as Conlon got her third and Lorna O’Sullivan added another.

Portlaoise were playing very defensively and sometimes had 12 players behind the ball, but they pressed Sarsfields’ kick-outs effectively and this led to points from Fitzgerald and Ellen Healy.

Sarsfields had a 0-5 to 0-3 lead at the water-break but after the restart Clare Conlon immediately added another point after Becky Williams’ kick-out beat Portlaoise’s press.

Portlaoise struggled to hold any meaningful possession for long periods as they sat back and an excellent cross-field pass from Leah Tarpey cut open the blanket defence and Lauren Kearney slotted over.

Fitzgerald kicked the last score of the half to leave the scores at Sarsfield 0-9 to Portlaoise 0-6 at half-time.

O’Sullivan and Aisling Kehoe swapped points in the opening minute before Portlaoise had their third goal chance repelled as Lauar Nerney’s fisted effort was saved.

Somehow there was still no goal in the game as Sarsfields’ Rachel William’s smashed an effort off the crossbar a minute later but on the 41st minute Lorna O’Sullivan managed what no-one else could.

The electric Joyce Dunne beat three players before popping the ball to O’Sullivan who fired the ball into the back of the net.

Portlaoise got an immediate response from an Ellen Healy point but from here on out Sarsfields defended deeply and Portlaoise really struggled to break them down.

With the game nearing the finish line Portlaoise pointed three frees in a row, through Fitzgerald (2) and Moran to narrow the gap to 1-14 to 0-12.

As Sarsfields now had 14 behind the ball, Healy took her point to reduce the gap to three before deep into injury time, an outrageous speedy run from Rebecca Reddin ended in her being fouled from a penalty.

Fitzgerald slotted the ball into the corner of the net but Laurie Maher won the crucial kick out and Sarsfields hung on for a one point win despite the late late comeback. 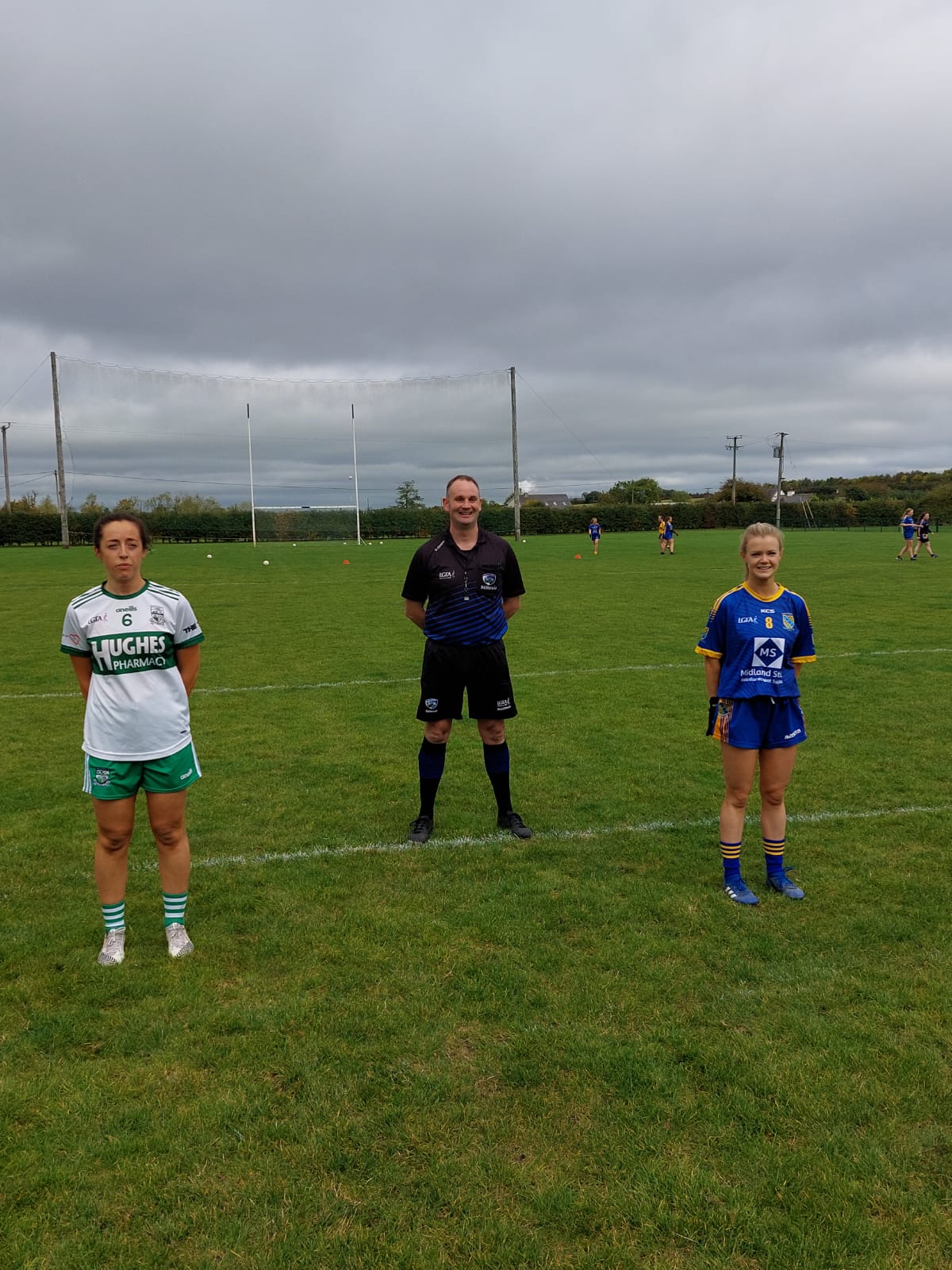 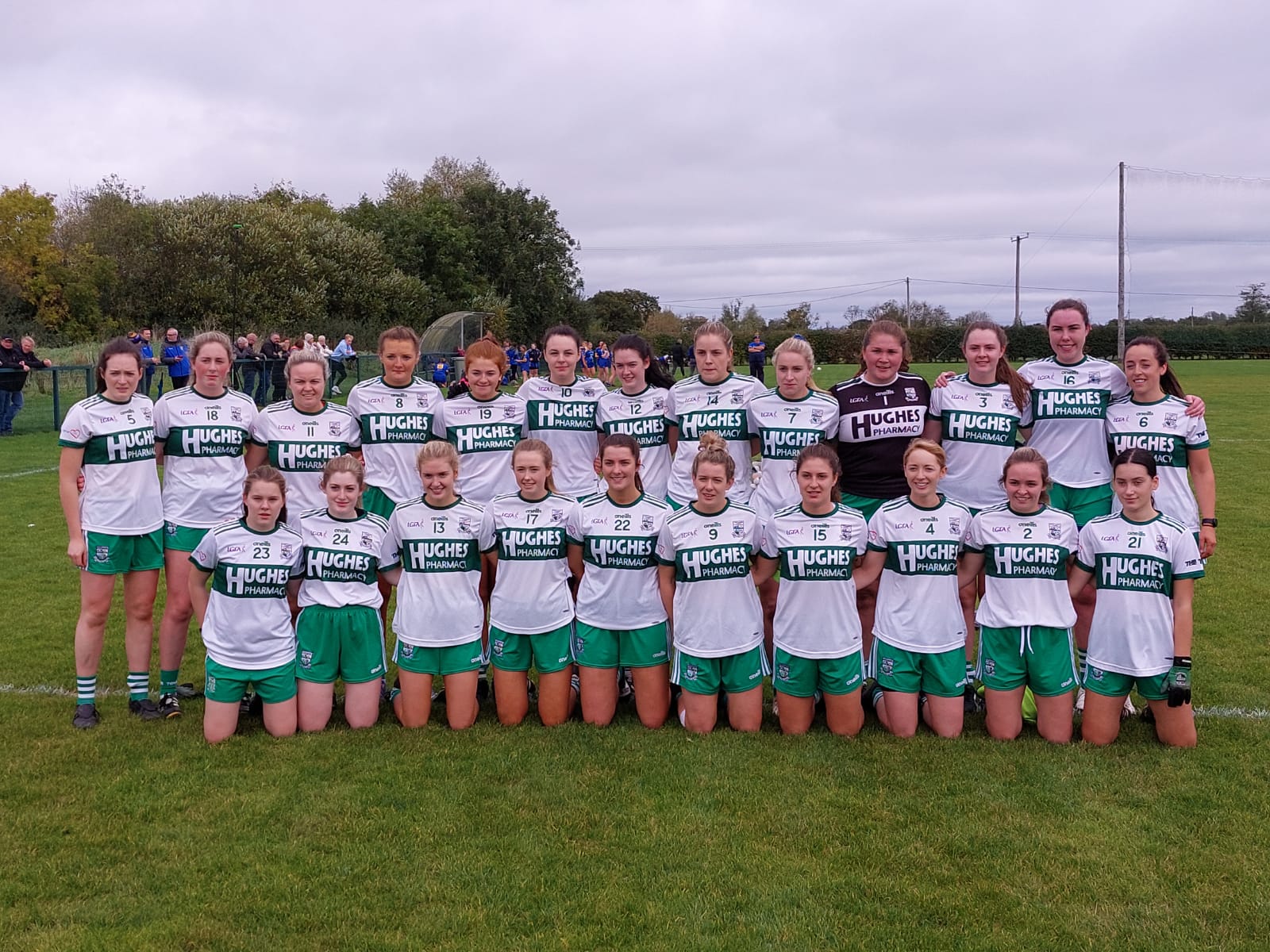