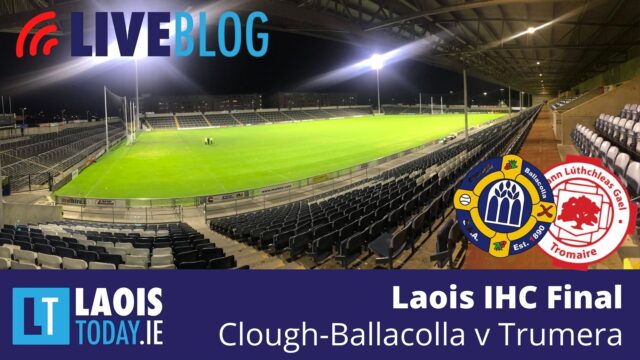 Clough-Ballacolla and Trumera meet in O’Moore Park this evening in the Laois IHC final.

It’s the second time in just four months for Trumera to compete in this final having lost to Rathdowney-Errill in the delayed 2020 final back in late June.

They were last successful in this competition in 2017 but were relegated straight away from Premier Intermediate in 2018.

The sides met in last year’s semi-final which Trumera won after a bad-tempered affair.

For Clough-Ballacolla, it’s a big weekend as their second team appears in the intermediate final for the first time since 2016, ahead of a senior semi-final showdown with Rathdowney-Errill on Sunday.

Ballacolla have appeared in a number of semi-finals in the meantime and will bring a very competitive and experienced team.

Throw in is at 7.30pm and we’ll have updates throughout which you can follow below on our live blog.