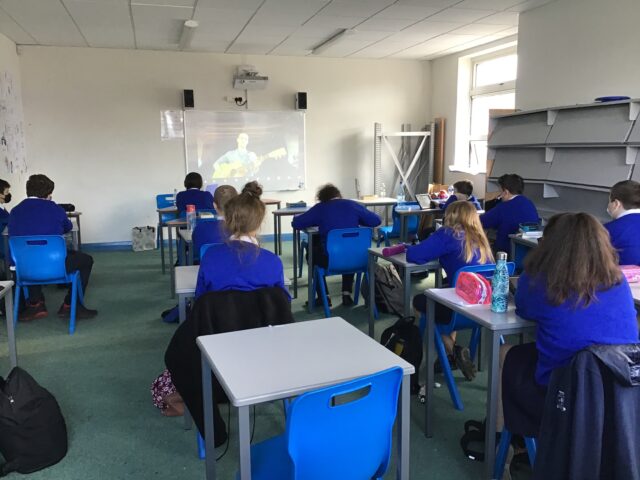 In the coming years, Dunamase College will move into a new build secondary school on the Timahoe Road in Portlaoise, close to the old equestrian centre.

The new school, which opened in 2017 and is currently based in the old Vocational School building on Railway Street, the old Portlaoise CBS at Tower Hill and the old Sacred Heart primary school, will be accessed from the Southern Relief road close to the new Holy Family campus.

They have been approved for a new build though planning permission hasn’t been lodged yet.

But at this week’s Portlaoise Municipal District, Cllr Willie Aird called for a meeting with the road engineering staff to “discuss the road infrastucture for the new development of Dunamase College”.

“We want to put the horse before the cart,” said Cllr Aird. “We should be acting now ahead of this. A lot of schools have problems with traffic delays.

“Dunamase College will have 1,000 students and up to 200 staff. It’s going to have huge impact on traffic flow there and on the New Road or Timahoe Road and back to Meelick.

“We’re going to have traffic backed up here. What can we do beforehand? The Department of Education can put in a school and then we’re left to solve the problems.

“We have to look at this differently. We want to know what’s going to happen on the New Road.”

Director of Services Simon Walton agreed that a meeting should be held with councillors and noted that of the 21-acre site, four acres have been set aside for parking and a setdown area.