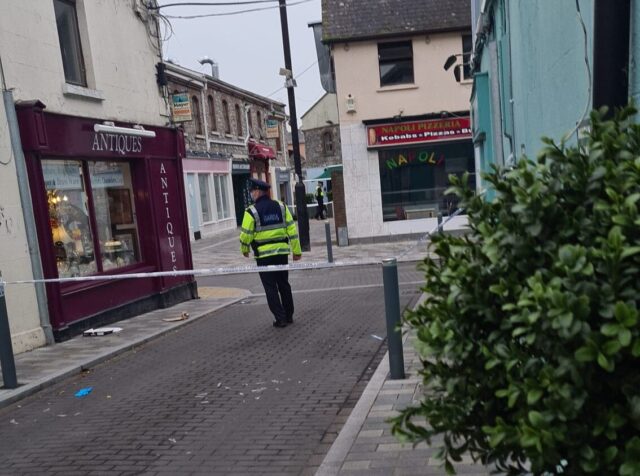 Gardai arrested a juvenile in relation to an alleged stabbing incident in Portlaoise at the weekend.

The teenager was detained under Section 4 of the Criminal Justice Act but has since been released without charge.

The victim of the stabbing incident was taken to hospital where their condition was described as ‘serious’.

For much of Saturday, parts of Portlaoise’s Main Street was cordoned off – from Market Square at the top of the town to Bull Lane and the entrance to Hynds Square.

Gardai say: “A male juvenile was arrested yesterday, Wednesday November 17, in relation to an assault that took place on Main Street, Portlaoise, in the early hours of Saturday morning.

“He was detained under the provisions of Section 4 of the Criminal Justice Act 1984 at Portlaoise Garda station.

“He has since been released without charge.

“Gardaí are continue to appeal for any witnesses to this incident to come forward.

“Gardaí are particularly appealing to any persons that were near the junction of Main Street and Church Street in Portlaoise between 3am and 3:30am on Saturday November 13 to make contact with them.