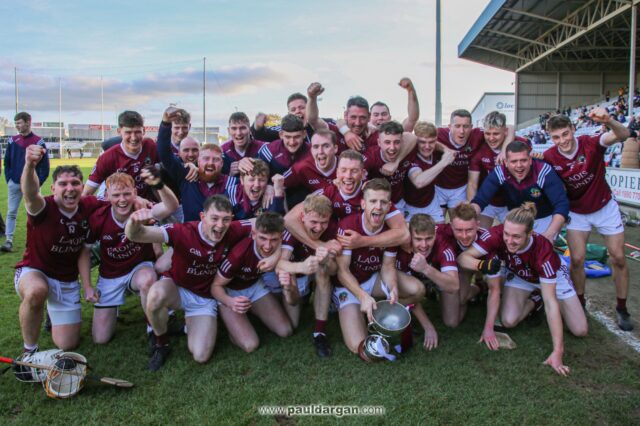 The Ballinakill hurlers will embark on a road trip tomorrow when they head to Cusack Park in Mullingar to take on Cullion in the opening round of the Leinster intermediate club championship.

It’ll be a step into the unknown of sorts for Ballinakill following their recent success in the Laois Premier Intermediate championship – and they must do so without star forward Cha Dwyer and impressive youngster Gearoid Lynch.

Dwyer is to undergo surgery for a hip issue that will keep him out for about 12 weeks while Lynch, who scored four goals in six games in the Laois championship, including one in both the semi-final and final, is out with a broken hand.

“We’re going up to Mullingar and we’re not going to be making any excuses,” says Ballinakill manager Liam Dowling, a native of St Martin’s in Kilkenny.

“The Ballinakill lads have a great attitude and there’s great life and vibrancy in the club. They’re good lads and it’s a very progressive club – you can see that with the great indoor arena they’re after building.

“They’re after getting a great lift after winning that final. The biggest thing in a club at the start of any year is to put yourself in a position where you have a chance of winning a championship and they did that.

“They’re going to have a cut at it on Saturday and see where it takes them.”

The absence of Dwyer and Lynch will be a considerable loss to Ballinakill but will open the door for possibly one, or both, of the O’Shaugnessy twins to start in attack with the likes of Dan Bergin, Jamie Drury and MJ Dunphy also options.

In the absence of two of their top forwards, more responsibility will lie on the likes of Seamus Fitzpatrick and TJ Lalor up front with big games also expected from Sean Downey and Podge Lalor.

The Mullingar-based Cullion were surprise winners of the Westmeath Senior ‘B’ championship – winning the final against Delvin by a massive 5-20 to 0-11 two weeks ago.

The Westmeath Senior grade is comprised of just six teams but Delvin were the pre-championship favourites having only been relegated last year.

Delvin won four of their five group games to qualify directly for the final while Cullion, who only won the third tier intermediate grade in 2019, were beaten by Delvin and drew two of their other games.

They still battled through to the final where they ended up massive 24-point winners. Among their key players were Brian Stones, who got two first-half goals, and Jack Gillen who hit an incredible 3-11.

For Ballinakill it’s a first Leinster club game since they last played in this competition back in 2014. On that occasion they beat Wicklow senior champions Bray Emmets in their first outing before then losing to Meath senior side Kiltale in the semi-final.

Should they win on Saturday then they will face Kilkenny intermediate champions Glenmore in the quarter-final next weekend.

Saturday’s game throws in in Cusack Park at 1pm.