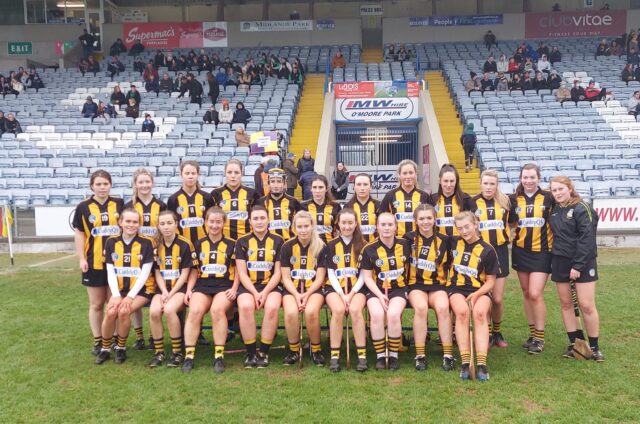 Camross hung on deep into injury as they were crowned Camogie Intermediate Champions 2021 in dramatic fashion.

On the other hand St Bridigd’s will be devastated to have suffered three final defeats in a row.

Both teams tore into each from the off but it was St Brigid’s who flew into an early lead.

Aisling O’Dea pointed a free before , in the fourth minute, Grainne Hyland popped a pass to Gemma Hoare who took off and hit a rasper into the top corner.

Camross replied as expected though and Sarah Ann Fitzgerald’s diagonal ball led to a nice point from Andrea Scully.

Camross then regained the lead as Sara Cuddy won a dirty ball and set up Aimee Collier who smashed the sliotar past Laura Dunne.

Camross kicked on from here with several points through Sara Cuddy and Lizzie Ryan.

Camross picked up where they left off in the second half as Sara Cuddy plucked a high ball out of the sky on the edge of the square and was hauled down for a penalty.

The experienced Sarah Ann Fitzgerald dispatched the penalty low into the right corner to give Camross a commanding 2-7 to 1-3 lead.

St Brigid’s were really being out hurled now as Andrea Scully sent over a fantastic point in the 37th minute.

Aisling O’Dea kept St Brigid’s withing striking distance on the frees but Camross had a six point lead at the second half water break.

However St Brigid’s got on top and started winning the breaks and dominating midfield.

Tynan and O’Dea kept tapping the frees over and this brought the game back to four before in the 49th minute a great Ann Marie Purcell point was controversially brought back for charging.

Camross needed to dig deep and they did just that as Grainne Delaney fired over from close range.

A mere thirty seconds later and Camross extended their lead with a crucial goal.

Andrea Scully picked up a break and headed towards goal and she popped the sliotar to Delaney.

Delaney set up Player of The Match Kirsten Keenan who fired the sliotar into the corner of the net as Camross led 3-9 to 1-7 with six minutes plus four minutes injury time to go.

However this game was anything but over as St Brigid’s fought on as Anne Marie Purcell and O’Dea pointed.

A grand stand finish was then set up as Aisling O’Dea’s long ball found the back of the net in the 62nd minute.

O’Dea then converted a free to narrow the gap to two points but with the game on the line Sarah Ann Fitzgerald came out with the last crucial ball.

The stadium erupted at the final whistle as Camross are champions of Laois once more. 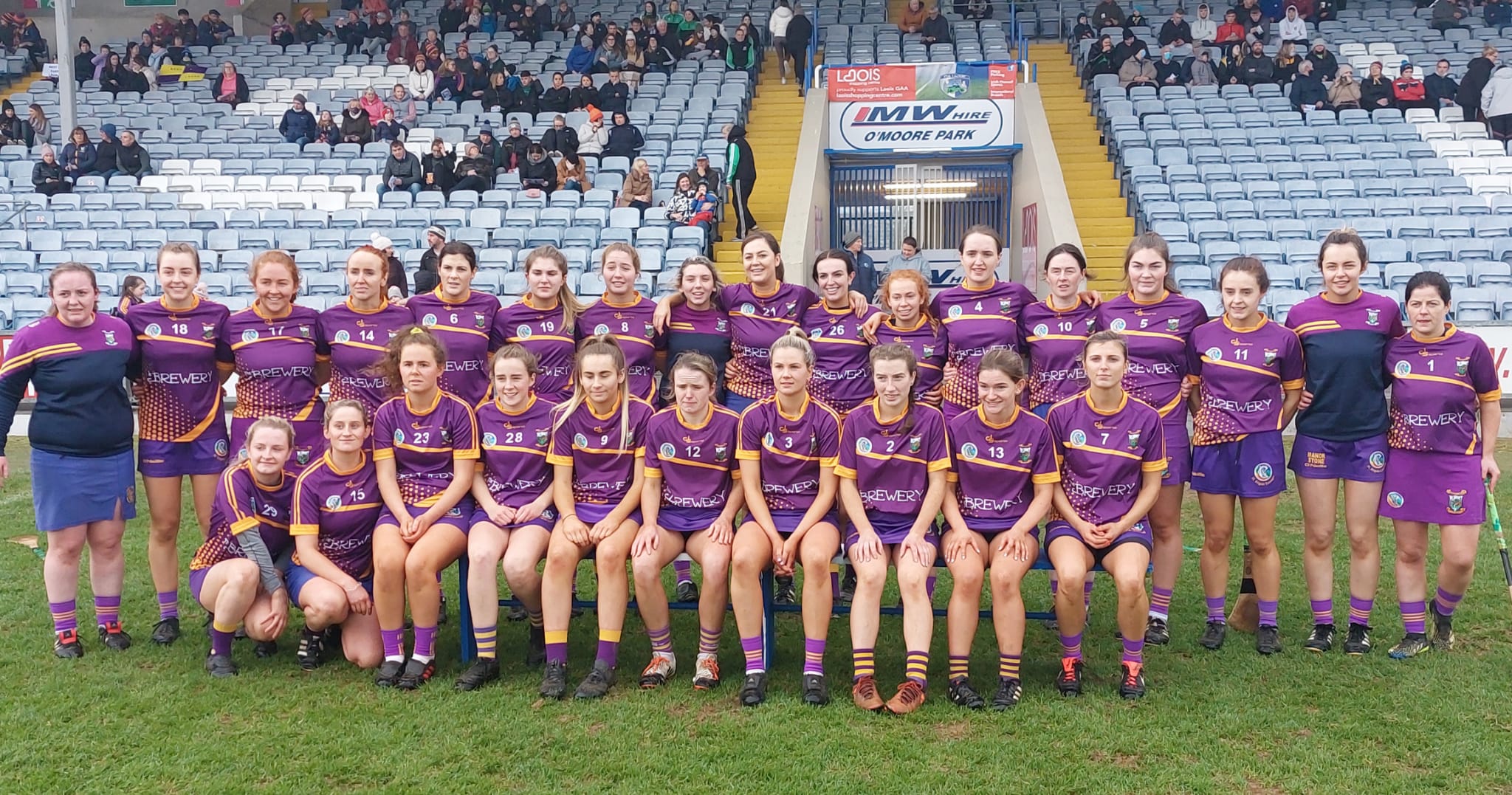