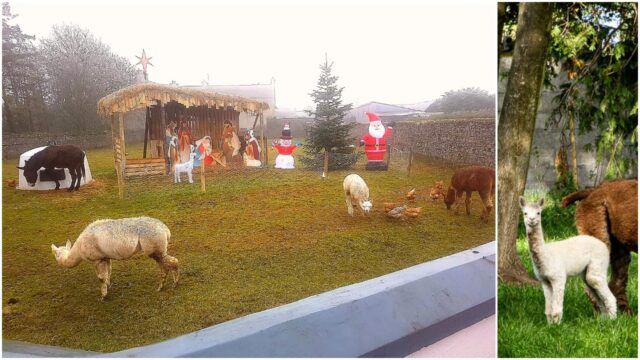 For the second year, a live animal charity crib is set to officially open in Portlaoise this weekend.

From Sunday, a live animal crib in Kelly’s farm, at Bloomfield Cross in Portlaoise, will be operation.

Those behind the project are currently putting the finishing touches on the structure with a host of animals set to feature such as llamas, alpacas, chickens, sheep and donkeys.

Indeed, the alpacas celebrated a new arrival this year and Bianca is believed to be very excited to meet new people.

Down Syndrome Centre Midlands, Laois Hospice and Kolbe Special School are the three charities who will benefit from the proceeds raised from the crib.

And those behind it are hopeful that the 2021 edition can be a similar success.

Those wishing to donate can do so online via the Facebook page ‘Live Animal Charity Crib’.

They can also make contributions at the donation box at the crib.