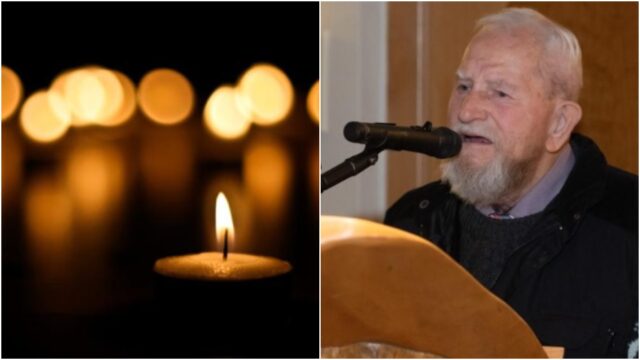 The death has occurred of Johnny O’Brien, one of the great characters of Portlaoise, and a man well-known in business and community circles.

Mr O’Brien was aged 87 and passed away in the Midlands Regional Hospital in Portlaoise.

The O’Brien family are synonymous with the bus company that was set up by Johnny and his brother Billy. It continues to be operated by the family today.

The brothers initially had a newspaper stand in the top square in Portlaoise before branching out into shops and the bus business.

Johnny was also a renowned author and penned numerous books about Portlaoise, including as recently as 2019.

An accident confined Johnny to a wheelchair a number of years ago but he was an ever-present at events locally and was described at that 2019 book launch by Monsignor John Byrne as “a bit of a legend”.

Johnny is survived by his loving wife Maura, whom he was married to for almost 66 years.

As his death notice says, “Johnny was a true son of the town.”

May be viewed online at https://www.portlaoiseparish.ie/webcam/ Please observe government Covid guidelines and observe social distancing. The family wish to thank you for your understanding at this difficult time.