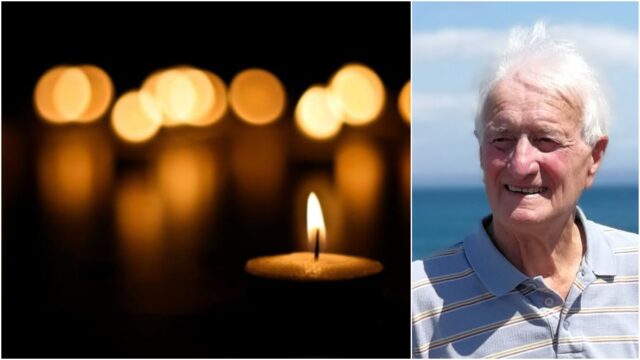 The death occurred of Tom Looby last week, a well-known man in Portlaoise who had the distinction of winning Laois senior hurling medals in the same year.

Aged 90, Tom had lived at Marian Avenue in Portlaoise with his beloved wife Teresa and family.

He is pre-deceased by Teresa and survived by his four children – Caroline, Declan, Regina and Enda – his brother Lar, daughter-in-law Aisling, Regina’s partner Michael, relatives, friends and former GAA colleagues in Laois and Carlow.

Indeed a guard of honour was provided by The Heath, Clonad and Clonmore at his funeral in Portlaoise on Tuesdat.

Originally from outside Carrick-on-Suir, Tom moved to live in Laois in the late 1950s when he took up a job in Kelly’s Foundry, then a huge local employer.

He had previously lived in Carlow where he had played with the Clonmore club with great success before throwing his lot in with The Heath and Clonad.

And he was to have huge success in both codes – winning back to back senior titles with The Heath footballers in 1961 and 1962 and then a hurling title with Clonad in 1962.

Tom later worked in Jessop’s in Portlaoise in McMahon’s in Portarlington and then driving a bus for his neighbour and friend Johnny O’Brien, who also passed away last week.