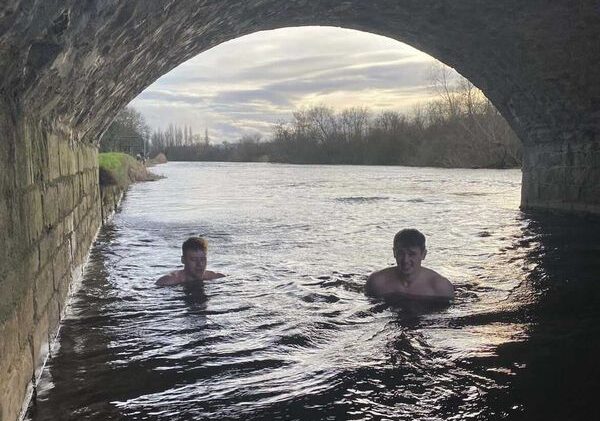 A group of young men are putting their bodies to the test this February in a bid to raise money for the suicide prevention charity Pieta House.

A group of nine lads, including two from Laois, are more than halfway through the Freezbury Challenge.

Throughout the month of February, they have committed to getting into an open water source ever day – typically in freezing conditions.

Laois senior footballer Ciaran Burke, from Crettyard, and Oisin Byrne, the owner of StockSport and Arles-Killeen native, are among the group.

The lads are hoping to raise €2,000 and are almost half way there.

A spokesperson for the group said: “Pieta provide free counselling to those with suicidal ideation, those engaging in self-harm, and those bereaved by suicide.

“They do incredible work and we appreciate any donation that can be made as it all goes to a very good cause.”

Anyone wishing to donate can do so below: