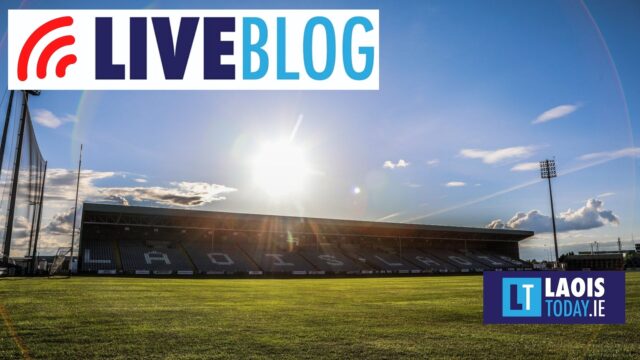 The Laois hurlers invariably seem to have huge relegation battles every year and another one will take place in O’Moore Park this afternoon, live on TG4.

Antrim are the visitors to Portlaoise for Round 4 of the National Hurling League. But it essentially amounts to a relegation semi-final.

Both teams have lost their three games to date and have no chance of reaching the semi-finals. But the winner of this game will be guaranteed Division 1 hurling again in 2023.

The loser, however, will be certain of finishing bottom of the 1B group even with a game remaining and facing a relegation decider against Offaly (more than likely) in two weeks time.

Laois and Antrim only met last July in a championship relegation game in Parnell Park, a game where Laois produced their finest display of the season after six losses in a row and won 2-27 to 2-21.

Coming after Antrim had beaten Clare and Laois and draw with Wexford in the league, it was a considerable turnaround from Laois at the time.

They later defeated Westmeath in the league relegation playoff.

Laois have been in Division 1 since 2014 and despite huge losses to Waterford and Kilkenny in their last two outings, it’s against the likes of Antrim that their season is usually defined.

Just as they did last year, Antrim are showing far better league form than Laois, losing to Kilkenny by just four points, Dublin by three and Waterford by two.

Though they have lost all three games, their scoring difference is only -9 compared to -54 to Laois.

It means that a draw would likely be enough for Antrim, unless Laois were to beat Dublin in their final game and Antrim lost to Tipperary.