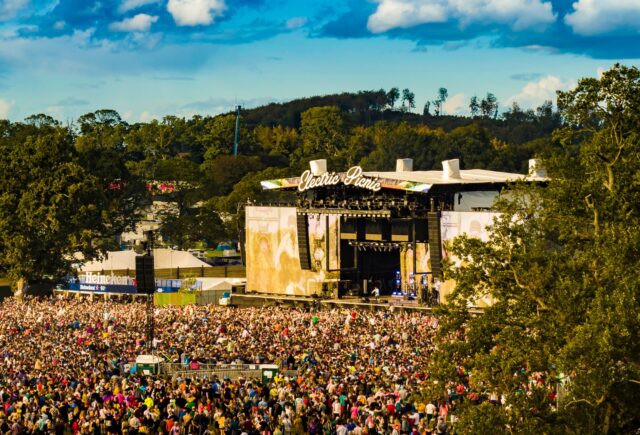 The line-up for the 2022 Electric Picnic music and arts festival has been announced.

This is the first time that the three-day festival in Stradbally will take place since 2019.

Electric Picnic have also confirmed that the Main Stage area will be 60% bigger.

They say: “The magnetic draw of the festival is the incredible line-up on the main stage and this year organisers have increased the capacity of the main stage field.

“By cleverly reconfiguring the position of the stage in the newly created larger arena, this area will increase in size by 60% giving picnickers unrivalled views of the stage.

“And of course, easy access to see your favourite headliner is key, so the Jimi Hendrix arena entrance has doubled in size.

“Re-locating to a new home on the Picnic site and now nestled adjacent to Mind & Body, MindField will also be sporting a vibrant new look.

“The Leviathan stage will amplify grassroots political activism and critical thinking with entertaining and informative debates and workshops on issues vital to this young generation; the new Human Lab stage will bring science and technology back to the heart of MindField with a bang and a fizz; while Manifesto will present some of the very best talent writing for print and screen.

“The hugely popular Ah, Hear! Podcast stage returns with new stars and old favourites and a greatly increased capacity ; and The Hip Hop, Beats and Rhymes stage will present the best of slam poetry, grime, hip hop and performance with some of the acts that have made the Irish scene one of the world’s most exciting. An Puball Gaeilge will also be ar ais arís with a colourful clár of podchraoladh beo, díospóreachtaí, ceoil, caint agus craic: the best of intelligent Irish language entertainment.

“Elsewhere, get lost in Fish Town, Electric Picnic’s carnival town, steeped in the folklore of its proprietor – Jerry Fish – and inspired by a love of theatrical tall tales, circus culture and amazing music.

“Caged, stray, concealed or revealed, it’s all good here. This is where “normal” is redefined. Fish Town will be moving into the woods in Stradbally this year, it includes The Jerry Fish Electric Sideshow Circus Tent, pop-up sideshow stages, a cafe, and a bar, building on the community of mayhem-loving misfits that frequent Fish Town.

“Everyone is a VIP in Fish Town, with Jerry creating a ‘backstage’ experience – a place where artists, fans and friends can meet up, talk about, and plot their Picnic adventures and experiences. One can definitely expect the unexpected in Fish Town.

“Alongside a new harbour enclosure for Salty Dog, a bumper-sized Trailer Park and even-harder-to-get-into Berlinhaus, the night-time arena of Freetown is preparing for a population explosion this year: Anchored by industrial dance-cathedral Terminus, and flanked by a labyrinthine townscape which includes the cajun swamp-hut Spike Island, fiesta-centric latin quarter Providencia, a surveillance-heavy Lower 7th (overwhelmed by a dissident population hosting an underground trans club), Our Lady of the Consumption, a field hospital for the festivally insane called run by an unsavoury body of staff who mismanage their patients), and the shanty-scape of Northside Rises where foreign tunes seep from the upper floors of its flats – this is where you Night Time will be.

“Hazel Wood is back and growing – wander into the majestic woodlands of the Stradbally estate to immerse yourself in this artistic haven of theatre, spoken word, music, comedy and art.

“Speaking of art – if you’ve ever had an idea for a piece of work that you think belongs at the Picnic – keep your eyes peeled for the return of our open-call Art Trail, which will be launching in the next few weeks for both budding and established artists alike.

“More of a gallery attendee than an exhibitor yourself? Then you’re in luck! Enjoy seeing the artists creative juices in full form as the pieces will be displayed throughout the woods and fields over the festival weekend.”

You can check out the full line up below.

Electric Picnic was cancelled in 2020 due to the Covid-19 pandemic and efforts to bring it back in 2021 failed.

Organisers sought to run the festival in late September but their efforts were blocked by Laois County Council who refused to grant a licence.

The festival will return to its usual slot on the calendar – scheduled from September 2-4 this year.

Electric Picnic tickets for 2022 will go on sale at 9am on Friday March 11 from all usual outlets. 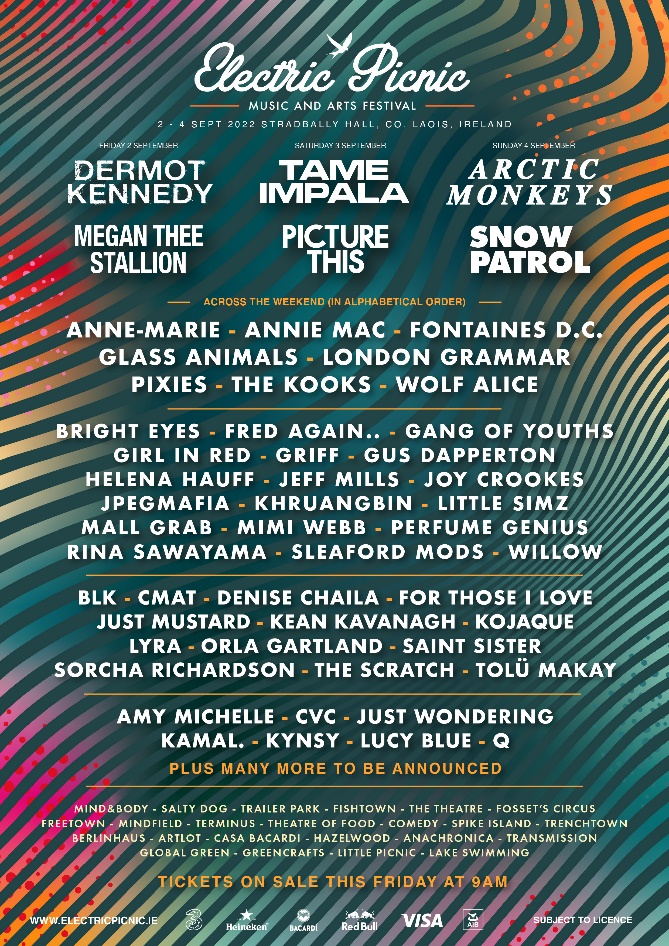