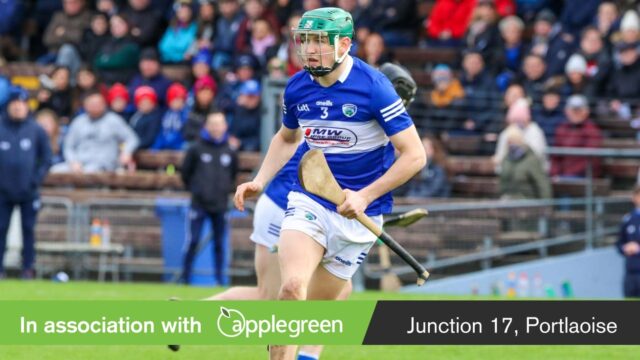 The Laois hurlers brought the curtain down on their Division 1 National League campaign at home to Dublin on Sunday when they were beaten 2-31 to 1-24.

For Laois it was a fixture that just had to be got out of the way. Thanks to their win over Antrim two weeks earlier they were safe from relegation and playing Dublin just four weeks before the sides meet in the championship was far from ideal.

Dublin fielded a strong team and needed to win to have any chance of reaching the league semi-finals.

But while they kept up their side of the bargain, Kilkenny’s win over Waterford in Nowlan Park meant Dublin were knocked out by Waterford on scoring difference.

Here we look back on some of the key Talking Points from Laois’s campaign.

Laois stayed up, again. For the tenth season in a row in 2023 Laois will play in Division 1 of the league, a record that is far better than any of their contemporaries.

While the bigger teams are never troubled by relegation, it is always hanging over Laois and they deserve credit for again delivering in a must-win game against Antrim to maintain their status.

Laois have been working off a relatively settled panel in recent years and even allowing for some turnover, the bulk of the starting team has remained consistent.

Nevertheless it has still been good to see Liam O’Connell get plenty of game time while James Keyes and Diarmuid Conway have gotten more exposure.

Keyes was probably Laois’s player of the league. Jordan Walshe and Padraic Dunne also made first starts on Sunday with Walshe hitting four fine points from play while Mark Dowling has started the last two games.

Picky Maher’s form was also excellent in the earlier games though he sat out Sunday’s game while PJ Scully has returned from injury and the likes of Podge Delaney, Sean Downey, Paddy Purcell and Willie Dunphy have all shown glimpses of their class too.

Laois received straight red cards in three of their five games – Paddy Purcell against Tipperary, Ben Conroy against Waterford and Jack Kelly against Antrim – and it’s a record that Cheddar Plunkett would certainly like to see Laois improve on.

Laois are up against enough without having to play stretches of games with 14 men and then have to deal with the suspensions.

In terms of injuries, Ben Conroy is out for the season and Donnachadh Hartnett is out at the moment too. Laois will be hoping to have them all back for the championship opener against Dublin on April 16.

Laois’s poor league record against the top counties continued this spring with another four defeats – to Tipperary, Waterford, Kilkenny and Dublin.

They got closest to Tipperary in the opening round when they only went down by four points but Waterford beat them by 33 points, Kilkenny by 17 points and Dublin by 10.

Conceding tallies of 7-31 against Waterford, 2-28 against Kilkenny and 2-31 against Dublin leaves Laois with a huge mountain to climb.

Big defeats are a theme in the league – Offaly had an average losing margin of 16 points in their five games while Antrim were beaten by 30 by Tipp at the weekend.

And while Laois deserve credit for their ability to consistently win games against the teams of their own level and below, it is disappointing that they aren’t getting closer to a scalp.

There was a relatively large crowd in O’Moore Park on Sunday for what was a game of little consequence.

But by our reckoning the attendance was swelled by a number of Dublin clubs bringing young players to the match, having played games themselves in Laois that morning.

Kilmacud Crokes’ massive numbers meant that they had an U-9 and U-11 group in Park-Ratheniska as well as teams in Durrow to play The Harps and Mountrath. Cuala brought teams down to play Portlaoise.

All of them, along with parents and coaches, duly made their way to O’Moore Park then in the afternoon.

It would be great to see something similar happen when Laois go to Parnell Park.

Laois face Dublin in Parnell Park on April 16 in what is their first of five Leinster championship games in six weeks.

Laois then have a two-week break before hosting Galway on May 14 and then at home to Westmeath on May 21.

It’s sure to be testing schedule of fixtures where the top two teams will reach the Leinster final, the third will go to the All Ireland Qualifiers and the bottom will be relegated to Joe McDonagh.