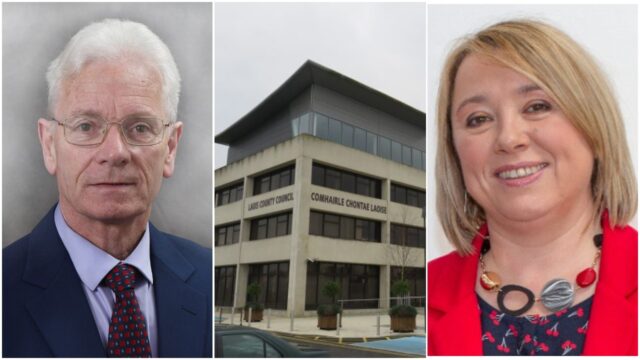 Two Laois County Councillors have disputed figures released by the Department of Housing in relation to the county.

Yesterday, the Department said that Laois had more than halved the number of households on the social housing waiting list over the last five years.

They pointed to how there were 1,198 households on the social housing list in 2016 and this was down to 590 in the latest figures.

But Sinn Fein Councillors Aidan Mullins and Caroline Dwane-Stanley say that the Department is simply ‘massaging the figures’ to make the picture seem better than it actually is.

According to Cllr Mullins, these figures are in contradiction with the figures released by Laois County Council in the management report on Monday.

They showed that 1,746 applicants are on the Laois waiting list – 928 of whom are in receipt of the Housing Assistance payment.

He said: “I want to challenge the figures released by the Government on housing waiting lists and the one in Laois in particular.

“At last Monday’s Council meeting, the monthly management report clearly stated that there are currently 1,746 people on the Laois waiting list.

“928 of these are in receipt of the Housing Assistance Payment leaving 818 applicants.

“However, those in receipt of HAP are still on the waiting list and still have a housing need.

“The government and the local authority would have you believe otherwise but these are the facts.

“Otherwise why are applicants who are in receipt of HAP being allocated social housing?

“This is a deliberate attempt to massage the waiting list figures.”

Cllr Dwane-Stanley added: “What a complete distortion of facts – the government want us to believe the housing waiting list in Laois has halved.

“It hasn’t, the applicants are moved off the list onto a transfer list and this is done so the housing applicant can avail of HAP.

“The housing situation at present is worse than ever.

“Never have I seen so many notices to quit and people in Emergency accommodation.”