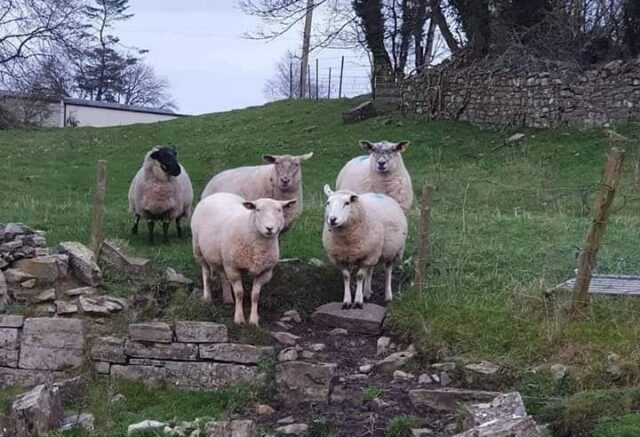 Gardai in Laois have issued a warning to dog owners asking them to secure their pets now that lambing season is underway.

According to Gardai, it is at this time of the year that they tend to see issues with sheep kills when dogs attack livestock.

If this happens, it is the responsibility of the owner and Gardai are urging them to take appropriate action.

A spokesperson said: “An Garda Síochána in Laois and Offaly are reminding dog owners of the harm their pets can cause if let roam free or unsecured and not kept under effectual control.

“With dog ownership comes responsibility. Secure your dog, have it microchipped and registered with your vet.

“This time of year we see issues with sheep kills when dogs attack livestock.

“Dogs should not be allowed roam. It is lambing season. Please keep your family pet under effectual control.”

Meanwhile on Tuesday, Gardai arrested a man after he had been observed holding a mobile phone while driving.

They said: “Laois Roads Policing while on patrol at Corraun stopped a driver who had been observed holding a mobile phone while driving.

“When stopped it was discovered through the Garda Mobility App that the driver was disqualified from driving.

“Driver arrested and charged to appear before Portlaoise District Court.

“A fixed charge notice was issued for holding mobile phone and the vehicle seized under Section 41 of the Road Traffic Act.”