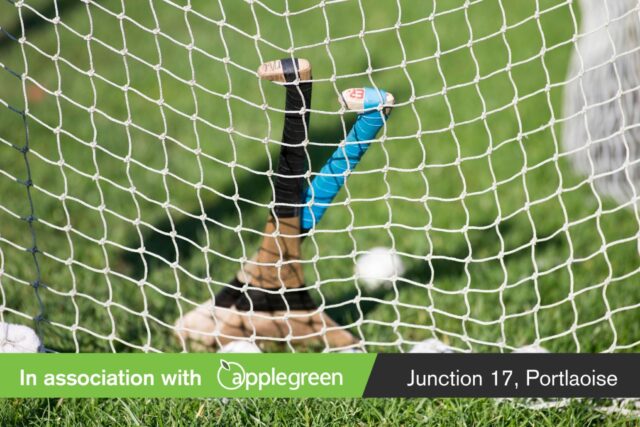 A dominant second half performance saw Borris-Kilcotton to victory over Rosenallis in Knockaroo earlier on today.

Rosenallis had the hosts on the ropes early on and led by four points 15 minutes in, but Borris-Kilcotton pulled themselves together and drove on to victory, in no small part thanks to a fantastic performance from Neil Foyle in centre-forward.

Paddy Keating was flawless on the frees early on and he put over five early on.

Borris-Kilcotton had a huge amount of wides in that period but Emmet Jones got them on the board with two frees of his own.

Rosenallis were dealt a double hammer blow around the 20 minute mark. Neil Foyle rose to win a high ball and he laid off to Stephen Dunphy who powered in on goal before rattling the net.

Foyle turned scorer soon after when he again won a high ball in before playing a lovely one-two with Noah Quinlan before raising the second green flag of the game. Quinlan and Jones pointed for the hosts as they built up a good lead.

The visitors refused to lie down and reduced the gap to a point at half time after scoring four on the trot in the final minutes of the half.

Paddy Keating opened the scoring in the second half but his side would then go scoreless for 25 minutes and the hosts did serious damage in that period, scoring 1-9.

Stephen Dunphy rattled off three frees in a row to start the procession, subs Dean Carey and Jim Fitzpatrick were dangerous when they came on and scored four points between them.

Foyle added two from play to his tally and then the game was gone out of Rosenallis reach when a long ball from the 65’ from Colm Stapleton found its way into the net.

Rosenallis got a couple back in the final moments but the game was over by then and the spoils went to the home side.