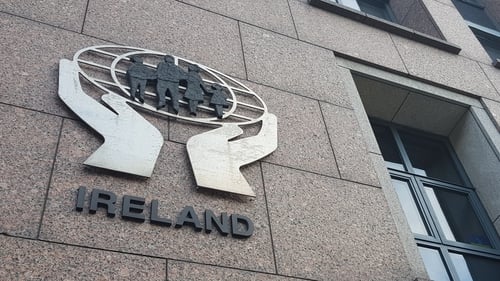 Laois TD Brian Stanley has called on the government to remove the ‘overly strict regulations’ on Credit Unions to allow them to offer more mortgages to future home owners.

Deputy Stanley was speaking as Chairperson of the Public Accounts Committee at a recent hearing with the Secretary General of the Department of Finance and senior staff.

Deputy Stanley said: “The Irish Credit Union sector currently functions under very strict regulations, whereby they can only lend 3% of the countries totally mortgages and 10% of all SME loans.

“This is compared with Bank of Ireland, AIB and PTSB’s 69% share of the mortgage market in 2020.

“In Australia, Canada and the United States, credit unions have a level playing field with commercial banks and that is all we’re asking for in Ireland.

“The Irish Credit Union sector has assets worth almost €17 billion which they want to lend. Central Bank restrictions mean that they currently only lend 27% of that amount.

“It’s worth noting that lending by the so-called pillar banks corresponds with almost 100% of their assets.

“To put this into context, I know of one credit union with assets of €68m which has been told it can only loan less than €5m in mortgage home loans and business loans combined. They are being handcuffed.

“The CEO of the Irish League of Credit Unions has provided another example of a credit union with €70m in assets that is restricted to just 14 mortgage loans at €350,000 each.”

Deputy Stanley outlined the current housing crisis where workers can’t access mortgages through commercial banks even when there are two incomes in the household.

Mr Stanley said: “The current restrictions on credit unions have all the appearances of commercial banks lobbying to keep the credit union sector out of the housing market.

“I have asked the Secretary of the Department of Finance to address these constraints as part of the current review of the sector.”