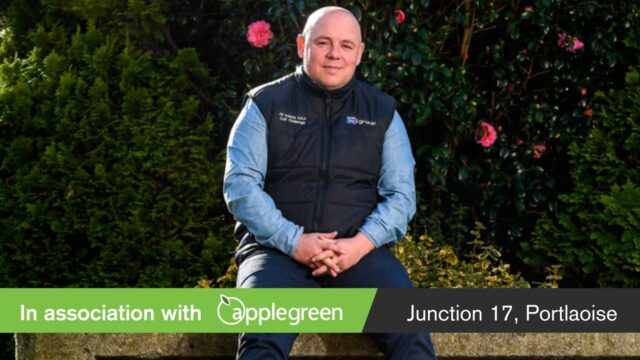 To the outside hurling world, one of the more unusual partnerships is Derek McGrath’s involvement with the Laois minor hurlers.

The former Waterford senior manager – who also had huge success with De La Salle college where he’s a teacher – is a coach/selector alongside manager Declan Qualter and is in his third season in the role.

Often when you hear of a high-profile involvement like that, it’s generally on a part-time basis, almost a consultancy role.

But McGrath is very hands on, present at every training session and very involved on matchdays with the rest of the backroom team.

His involvement stems from a friendship with Tom Brennan, the Clough-Ballacolla man who is based in Waterford and was the co-founder of EirGen Pharma and TriviumVet.

Brennan is involved in the backroom with this Laois team too.

“In fairness to Derek he’s there every single night,” says fellow selector Damien Carter when chatting on this week’s LaoisToday Talking Sport Podcast ahead of Monday’s Leinster final against Offaly.

After beating Wexford in the quarter-final and Kilkenny in the semi-final, Laois are seeking a first Leinster title at the grade since 1964.

“He’s the first man at training. If we’re training at 6 O’clock, I’ll show up at half 5, he’ll be there before me, have all the cones on the field, ready to go at quarter past five.

“He’s coming from Waterford, never misses a session and he’s fully committed. The boys love him. His hurling and training is top class. The intensity levels are phenomenal.

“He’s very good at switching drills. He won’t just set up one area of the field. He could have five sections set up and within the 20 minutes, it’ll be four minutes here at high intensity, jog it down, four minutes on we go.

“The lads have really responded to that. They’ve put everything into training sessions. He’s been sensational.”

And Carter says that McGrath’s involvement has been brilliant for the rest of the management team too.

“He’s been great to have around the place and hopefully Laois can keep him for a few more years because whatever he’s doing he’s doing it’s right.

“When we went in a few years ago to meet Declan and Derek and the thing was we have Derek McGrath in the county for three years. Learn as much as you can off him and keep it within the county.

“Derek’s not going to stay around Laois forever. It’d be great if he did but he’s probably going to end up with a senior intercounty team next year or the year after and what we’ve learned we’ll try and keep it in the county.”