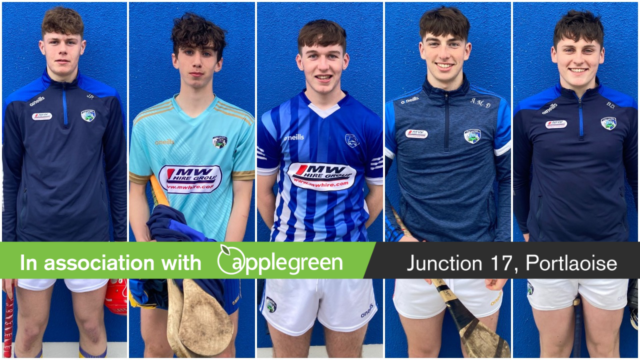 The Laois minor hurlers will be hoping to win their first Leinster title since 1964 when they face Offaly this evening.

The Faithful will come to O’Moore Park at 7.30pm to take on Declan Qualter’s charges.

A win for Laois would send them into an All Ireland semi-final though a loss wouldn’t mean their season is finished.

Instead they’d go into a quarter-final round robin group alongside Galway and the beaten Munster finalists Clare with two to advance to the semi-finals.

Last weekend’s win over Kilkenny was their fifth Saturday in a row to be in championship action – and there’s plenty more to come yet.

Qualter’s charges were knocked out by Kildare last year but comprehensively defeated them in Round 1 this time.

They then suffered defeat against tonight’s opponents in Round 2 which sent them to a preliminary qualifier against Westmeath.

That match took place three weeks ago and Laois had to come from eight points down to win.

There was high drama two weeks ago as Laois got the better of Wexford in the quarter final.

And then Laois reached this stage thanks to that fine win against Kilkenny nine days ago.

Offaly’s journey to the final has been far more straight forward as they have won all of their games relatively comfortably.

They got the better of Kildare in Round 1 and then defeated Laois to finish top of Tier 2.

The progressed them to the quarter final where they defeated Antrim and then followed that win a win over Dublin in the semi final.

Offaly were beaten by Kilkenny in 2020 but you have to go back to 2000 for their last provincial success at this level.

Offaly are managed by former Limerick player Leo O’Connor who has former Offaly legend Johnny Pilkington among his backroom team.

As well as former Portlaoise player Martin Cashen, who served as a Garda in Laois for many years, and is currently Captain of The Heath Golf Club.

Backboned by six players from a very strong Kilcormac-Killoughey underage setup, Offaly include four dual stars in their team.

Donal Shirley, Cillian Martin, Shane Rigney and Niall Furlong were all part of the minor football team that easily beat Laois but lost to Dublin in last week’s semi final.

All told it sets up an intriguing Leinster final between the midland neighbours.

Ahead of the game, Laois manager Qualter has named the same starting 15 as the one that began against Wexford and Kilkenny.

Offaly have yet to name their team.

Throw in is at 7.30pm and you’ll be able to follow all the action as it happens on our Live Blog.

Tickets for the game are available here and U-16s go free – they do not require a ticket.