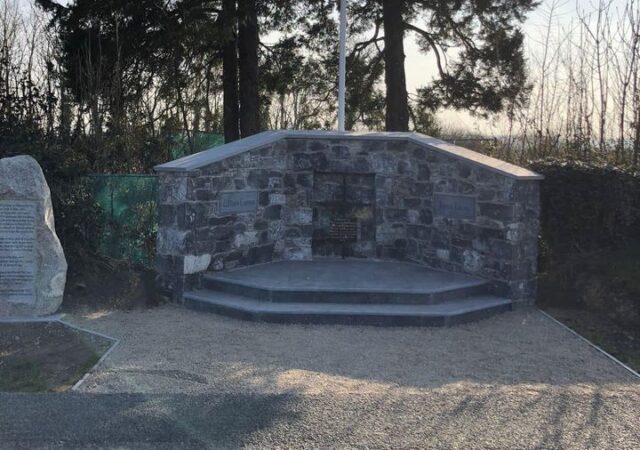 History is all around us and that will be very much remembered this Saturday in the small rural community of Barrowhouse as they commemorate the two men who died in the ambush in the area during the War of Independence in 1921.

The Irish War of Independence was a turbulent era in our history, nevertheless it resulted in the British government calling a truce in July 1921 that led to the treaty negotiations that gave us the Republic of Ireland that we live in today.

Many Irish men and women across all localities in the country joined the call to arms during this period and joined the old Brigades and Cumann na mBan to tirelessly battle an empire.

Barrowhouse was no exception and on Whit Monday 16 May 1921 a group of men who were part of the B company, 5th Battalion of the Carlow Brigade ambushed a convoy of Royal Irish Constabulary police officers in Barrowhouse.

During the ambush two local men who were part of the B Company were shot at the scene and were the only fatalities that day, those men both from Barrowhouse were James Lacey and William Connor.

101 years later, The families of both men still remain in Barrowhouse with the family of William Connor still having an unbroken line of family attending Barrowhouse school.

For years the site of the ambush had been marked with a simple cross that was nestled in the verge of the Barrowhouse to Ballylinan road.

With funding from the Decade of Centenaries an initiative of the heritage council of Ireland and sanctioned through Laois libraries and Laois Heritage department, the families along with the community embarked on the project.

Family was central to this project, the nephew of James Lacey ‘Paschal Lacey’ took charge of the restoration of the cross with the great gran nephew of William Connor, Colm O Meara, building the memorial Monument from the ground works to completion.

The committee is holding a commemorative event this Saturday 21 May at 2pm with parking being facilitated in Barrowhouse GAA Pitch.

The Commemoration will begin at the site of the ambush with proceedings been conducted by a member of the young men’s family.

Afterwards a walk of remembrance will occur from the ambush site to Barrowhouse church which will be led by local musician Joe Byrne.

The committee have invited local Athy historian Frank Taaffe to guide proceedings at the church which will include the launch of Nessa O’Meara-Cardiff’s book The Barrowhouse Ambush 1921.

Nessa is the great grand niece of William Connor and has been heavily involved in the Barrowhouse Ambush Project, although she gives all credit to her father, the late Paddy O’Meara of Barrowhouse who she says was the driving force behind the book and the project at the ambush site.

It is evident that family was kept at the heart and the core of this project.