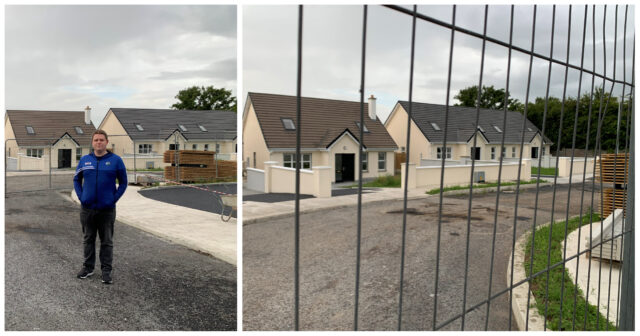 A Laois County Councillor has expressed his extreme frustration at the delay in families receiving the keys to their new homes in a development in Borris-in-Ossory.

Cllr Conor Bergin raised the issue at a meeting of the Borris-Mountmellick Municipal District in Laois County Council on Tuesday.

He said that people who are to move in to Featherbed Lane in Borris-in-Ossory are still waiting on word on when they can move in two years after they were informed they were getting a house.

“It’s disgraceful. It’s two years since the families were given the homes and we were told all along that it would be the end of Quarter 3 (which was the end of September).

“The houses are finished but they still haven’t been given a due date.

“Can the message go back to management and get the keys of the houses to the families.

“I will raise it again at the full council meeting on Monday but the families here need to be given a moving date. We are talking about families with children.

“You’re talking about families who are living elsewhere and will have to move mid school term and Christmas is coming.

“It is causing anxiety and can’t go on any longer.”