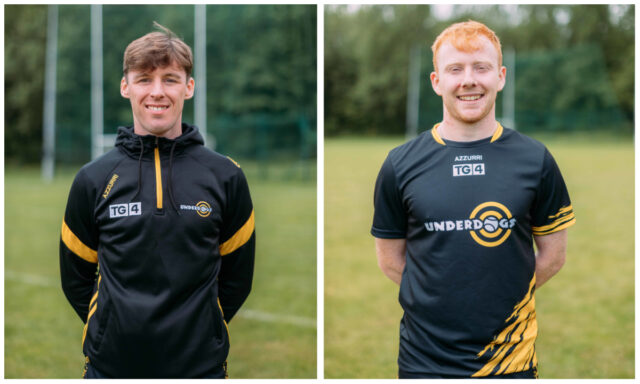 The Underdogs will be taking on the winners of the 2022 Allianz National Hurling League, Waterford – and two Laois lads will be involved.

The match will be played in SETU Arena, Waterford, under lights on Saturday October 29 at 8pm and will air live on TG4.

The panel for the match has been announced and two Laois lads have made the cut – Colin Palmer of Camross and Shane Phelan from Castletown.

This will be the debut game for returning Waterford manager Davy Fitzgerald, as he takes charge of the Deise for the second time.

The Underdogs are managed by John Allen, Claire O’Connor and Jamie Wall.

The Underdogs is a unique group of hurlers, assembled from different clubs all across the country.

The only rule is that the hurlers have never played at Liam McCarthy Cup level.

Over the course of the Underdogs series, viewers have followed the players over their six-month journey as they prepare for the match of their lives.

They have seen their trials and tribulations, as well as hearing their incredible stories of tragedy and triumph.

Now, after an intense period of preparation and training they are ready to face the Allianz National Hurling League champions, Waterford.

Tickets to attend the game are on sale from Thurs 20th October 9:45pm, to purchase go to: WWW.TG4.IE/UNDERDOGS