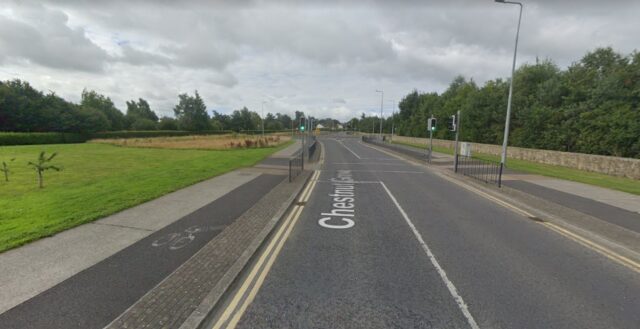 A call has been made for bollards to be erected on the cycle lanes near two Laois secondary schools following a number of incidents.

The issue was brought before a recent meeting of the Portlaoise Municipal by Fianna Fail’s Catherine Fitzgerald.

The issue relates to the roads near St Mary’s CBS and Scoil Chriost Ri in Portlaoise.

There are no car parks for parents to collect their children so they park illegally on the footpaths.

Cllr Fitzgerald said: “These measure should include bollards to protect cyclists and infrastructure for students walking to school.

“We need this sooner than later. I am getting constant complaints from parents of students on bicycles.

“People are being clipped by cars. I know you have a plan, but it’s needed now.

“Can we put in temporary bollards? People told me it’s too dangerous. Something temporary until we get a permanent job done.

“Parents have told me they are not going to allow their kids cycle to school and that is exactly what we don’t want to happen.”

In response, engineer Diarmuid Donohue stated that an application for funding had been submitted.

He said: “We have submitted an application to the NTA for funding under the Active Travel Programme.

“This would be in order to carry out vulnerable road user safety improvements on the Borris Road at the school campus.”