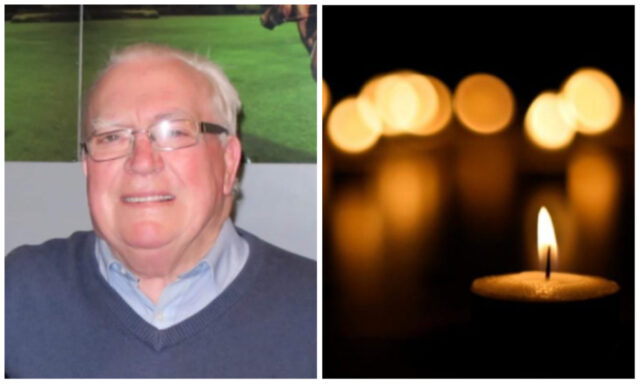 There is sadness in Killeshin this week following the passing of former Killeshin and Laois footballer Sean Price.

Sean Price was one of the main men on that team and starred again in 1959 when they reached a senior semi-final only to be beaten by the fine Portarlington team of that era.

They said: “It’s with sad regret that Sean Price who played on our 57/58 junior and intermediate team and on the Laois team as well has passed away.

“Condolences to Sean’s family. He was a great person and deeply respected in our club.”

Seán, of Bishop Rogan Park, Kilcullen, Kildare and formally Crossneen, Killeshin, passed away suddenly at his residence on November 11.

Beloved Husband of the late Bernie and Anne, he is deeply regretted by his loving daughters Lynda, Pauline and Shauna, Son’s John, Michael, David and Richard, Sons-in-law, Daughters-in-law, his 14 grandchildren and 14 great-grandchildren, neighbours and a large circle of friends.

Sean’s funeral mass the took place at Church of The Sacred Heart and St. Brigid, Kilcullen at 11am today.

Funeral afterwards to Newlands Crematorium arriving at 1.30pm which maybe viewed on https://www.dctrust.ie/location/newlands-cross/chapel-webstream.html

May Sean Rest in Peace.