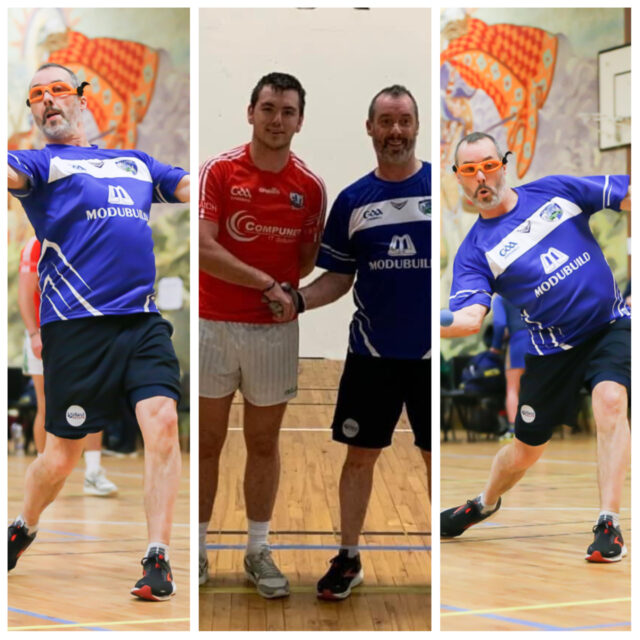 Expectations were high that Laois could capture at least one medal at these championships considering the levels of performance witnessed at the Leinster championships.

The Waterford handballer made a fast start, racing into a commanding lead with an array of expertly delivered overhand serves keeping Dowling to the back of the court.

With control of the front court, Fitzgerald demonstrated his class by either killing the ball or playing a decisive passing shot when the opportunities presented themselves.

The Waterford man was unrelenting throughout, and deservedly took the opening game 15-2.

The second game was to prove a carbon copy of the first game with Fitzgerald sticking to the game plan that brought him great
success in the opening game.

Dowling was unable to break the Waterford handballer’s momentum and in the end fell to a 15-1 loss in the second.

Kevin Brennan went into his Men’s Junior B All-Ireland semi-final with realistic ambitions of All-Ireland success having captured the Leinster title a few weeks before playing some scintillating
handball.

In his semi-final he faced a very strong opponent in Cork’s Darragh Ducey.

The opening game saw Brennan at his brilliant best.

He controlled the game expertly, forcing his opponent into
making a number of errors.

With the momentum firmly behind him, the Clough-Ballacolla handballer deservedly took the opening game 15-6.

The second game was to see a role-reversal in fortunes with
the Cork handballer changing tactics to great effect.

As the second game progressed, the momentum gradually shifted towards the Cork player and now sensing that fatigue was starting to kick in for the Laois player he hit the accelerator button to close out the second game 15-8.

The tie-breaker proved a close affair with very little to separate the two players at the beginning.

However, as the tie-breaker progressed, the fitness levels of the younger Cork handballer were to prove decisive as he edge the contest 11-6 to book his place in the All-Ireland final.

In the Ladies Junior B semi-final, Aoife Brophy faced the excellent Clodagh Neville (Limerick) in what proved to be a rip-roaring contest.

On form, little separated both players prior to the game and their
semi-final encounter did not disappoint.

In a see-saw battle where momentum swung back and forth several times between both players it was unsurprising to see the first two games shared.

The tie-breaker proved a high-quality affair with both players bringing their A-game.

Unfortunately, from a Laois perspective, it was the Limerick handballer who got the rub of the green, edging the tie-
breaker 11-7.

Despite the loss, it has been an incredible year for the young Laois handballer who captured an All-Ireland title earlier in the year in the 40×20 courts alongside her sister Úna.

If Aoife continues on the trajectory she is currently on, 2023 could be a year that brings even further success.

In the Girls U16 semi-final, Orla Brophy faced the daunting prospect of trying to overcome a rising star in Cork’s Carmel Kelleher.

Orla has been in impressive form of late, having captured the Girls U17 60×30 All-Ireland doubles title alongside Eadaoin Whyte in early October.

In this semi-final encounter, Orla played with great heart and determination.

However, despite her best efforts, the victory deservedly went the way of the Cork girl on a 15-5, 15-8 score line.

Orla will have gained invaluable experience from this encounter and her performance showcased once again that she has
the ability to compete with the very best in the country. 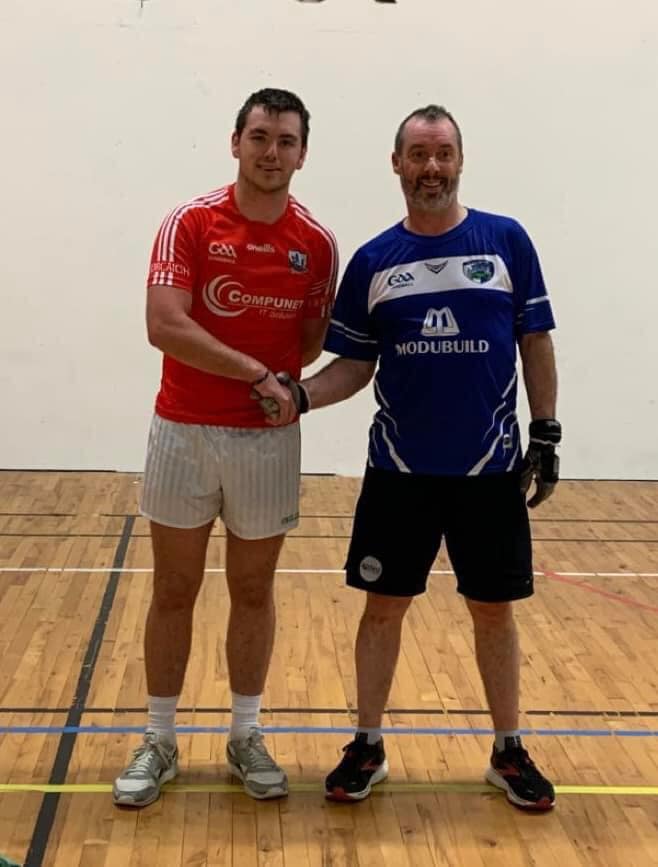