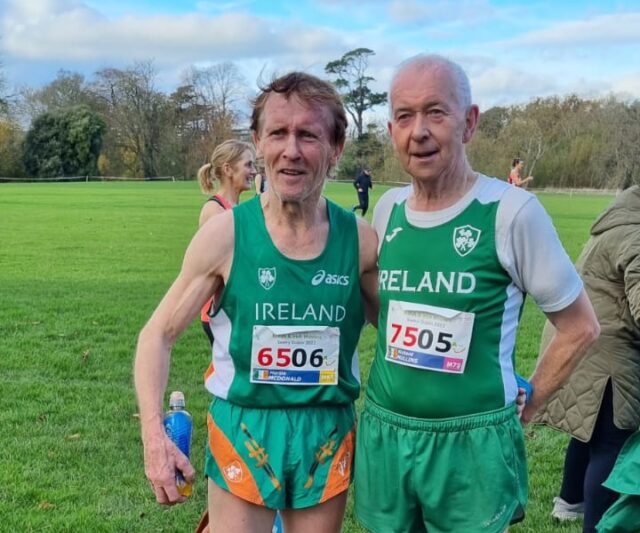 Martin McDonald and Dick Mullins were in action in the International Cross Country in Santry on Saturday November 12.

Conditions were perfect on an excellent course adjacent to Santry Stadium.

This was the first running of these championships since the pandemic, and it featured a very competitive programme of events in the Over-35 to Over-75 age-groups.

The categories are grouped, with men and women running separate races up to the O-65 category, where both genders run together.

Martin McDonald produced another gold medal performance in his O-65 6k race. He finished 9th overall, and was 3rd scorer on the Irish team as they took top honours ahead of England by a single point.

Dick finished 11th overall and 3rd scorer in the O65 6k with a very consistent run to win 3rd team place and bronze medals for Ireland, behind England and Scotland.

It proved a super day for Ireland over the 18 categories of age-groups.

Ireland teams featured on the team winners podium in 16 of the races, taking 7 gold, 6 silver and 3 bronze, along with a significant number of individual podium positions too. 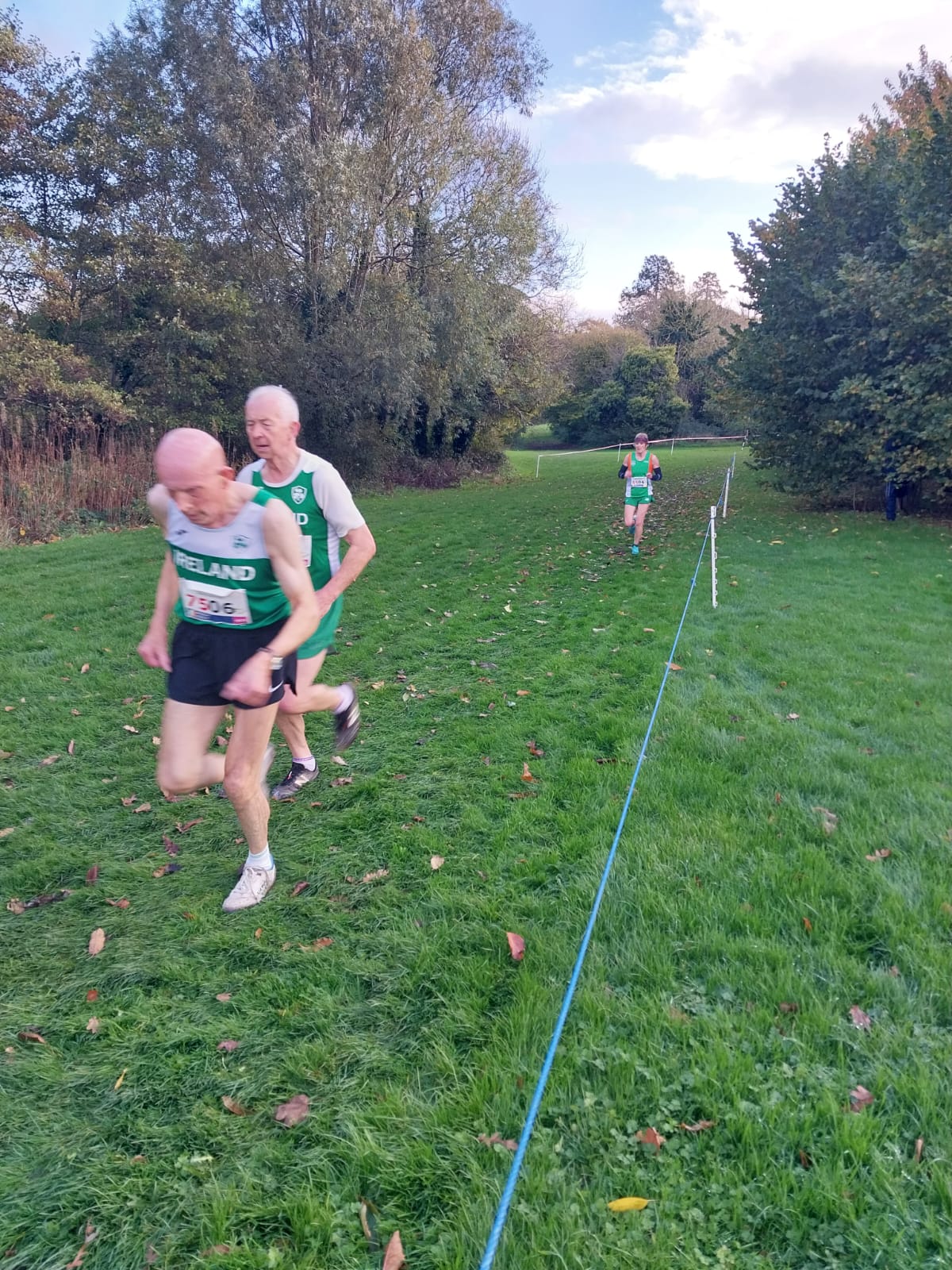 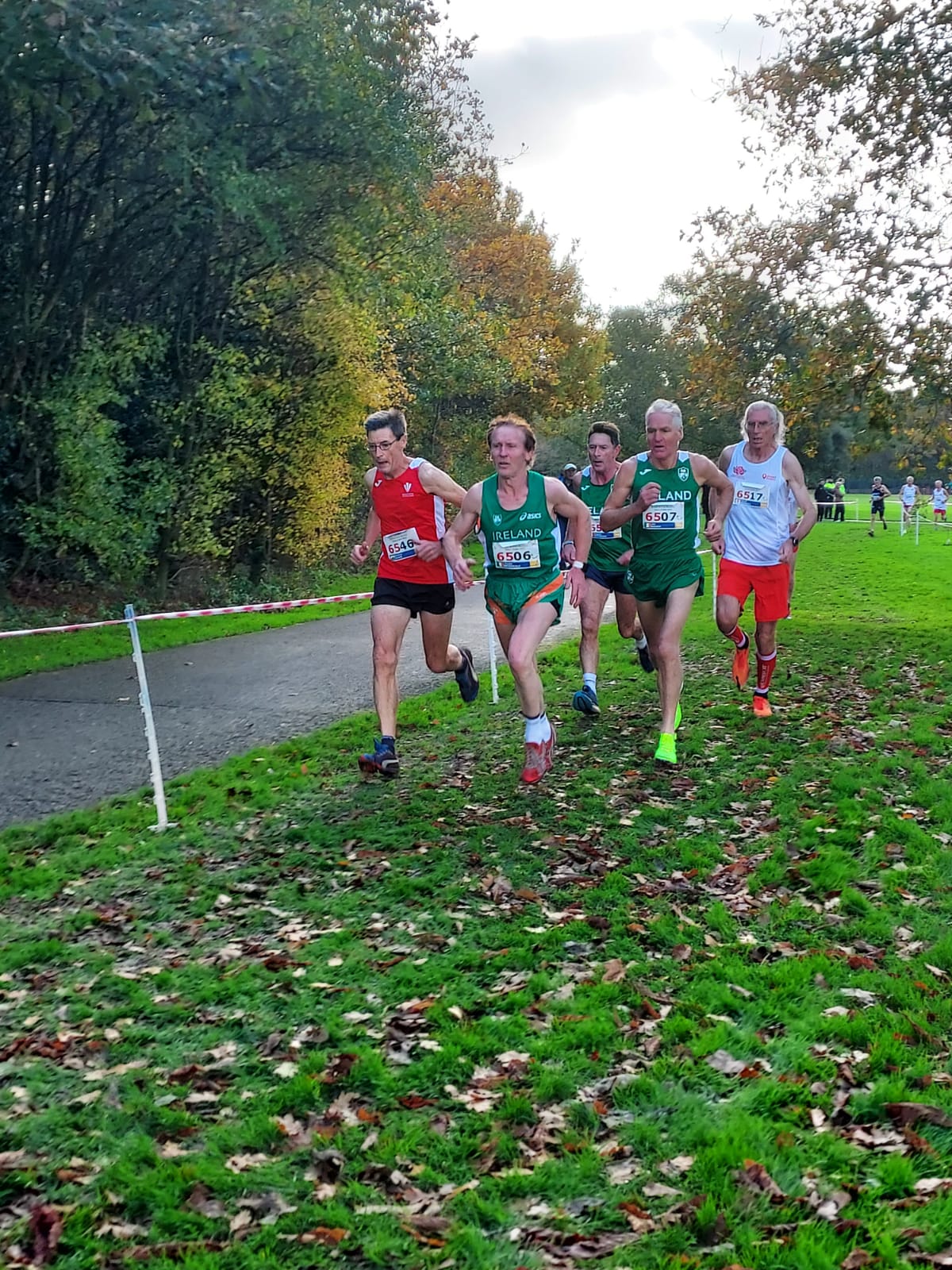