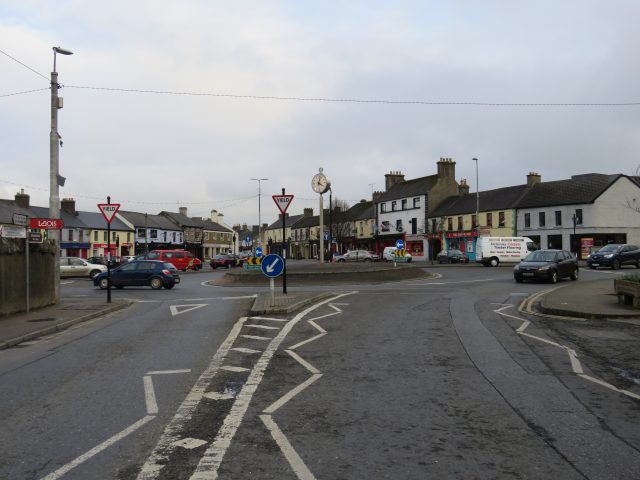 At the final public consultation meeting the ambitious plans were outlined which is the final step in moving towards the production of the Portlaoise Town Centre Public Realm Strategy.

Portlaoise now boasts the most innovative 3D map of any town in Ireland, with the latest drone technology employed.

The meeting heard this 3D map has a lifespan and significance well beyond the public realm strategy.

Director of services Kieran Kehoe said it was a “forward-looking, dynamic town centre approach” which would aim to have a zero carbon town centre. The plans include a reduction of traffic, and the creation of a more walkable town.

Proposals would see the addition of between 300 and 500 trees and greater linkage between the old and new areas of the town.

The meeting heard that out of a population of over 23,000, just 600 people are living in the town centre.

A key part of the plan is the reduction of the gap which JFL Avenue creates, with a realignment, new surfacing to reduce traffic speed and increased pedestrian crossing and public spaces.

An underground car park at Lyster Square, to allow for greater public space above, also forms part of the plan.

A canopy is also proposed for this area.

Main Street came in for praise from the consultants GVA which suggested two public spaces there, to enhance the area.

A linear park is also proposed to make greater recreational use of the Triogue River.

A key part of the heritage aspect is the focus on the Fort Protector area in the town centre, and its particular historical significance.

It is also proposed to change the key flow pattern of the town, with traffic diverted north from Market Square. The potential to pedestrianise the town centre, and close if off to traffic between 10am and 5pm was also suggested.

Short term goals include improved LED lighting in the main laneways in the town centre, as well as improved surfacing.

He said they are not at the implementation phase and the next issue for the council is the local development plan.

When he first worked in Portlaoise over twenty years ago, there was a population of just 9,500.

“The population has grown to 23,500 but the town centre has hollowed out,” he said.

“We are committed to making Laois more dynamic and more attractive to shop here,” he said.

He said they would not make make changes without arguments and disagreements. “There has to be a degree of engagement,” he said.

No financial figure would be put on the proposals until they become a statutory document, he said.

They have to plan for the future role of the town. “Portlaoise is going to be ready and we are going to have plans afoot,” he said.

Jack Nolan said when he started out in business 35 years ago, the town centre was vibrant. He said the council wanted a new shopping centre, “but we never got the support in the town centre”.

“We paid our rates and we paid our dues but we never got the support,” he said.

Local businessman Ger Mulhall said the proposals would put them out of business. “The other side of town has open car parks and there has not been one mention of convenience,” he said.