LaoisToday can EXCLUSIVELY reveal that one of the world’s most popular musicians is set to play a gig in Laois.

Global superstar Ed Sheeran will make a stop off in Wolfhill this summer as part of his World tour.

In 2017, Ed announced that he would play nine shows at four venues across the country and they were sold out in record quick time.

But LaoisToday can now reveal that in between his gigs in Galway on May 13 and Phoenix Park on May 16, Ed will stop off in Laois for what organisers are describing as ‘an intimate performance’.

It is not unusual for Sheeran to perform in small venues like this as he has done it in the past, most notably in front of just 400 people in Whelan’s pub in Dublin in 2015.

And Sheeran’s affinity with Laois goes back to last year when he released ‘Galway Girl’ which he originally wanted to call ‘Portlaoise Girl’.

We understand that in order to host the event, organisers are planning to renovate the old mines that closed down in the late 1980s and create a venue capable of hosting around 500 people.

A spokesperson behind the event said: “We have been drawn to the old coal mines and we discovered that the old train track that previously served them is easy enough to repair.

“The plan is to set up a stage deep inside the mine and ferry the fans in on the old train track.

“We are also exploring the possibility of cleaning out the area up in the quarry and turning it into some sort of water feature.

“We are told there are old cars down at the bottom of it but we don’t believe it would be a big job to have it ready in time for people to have a swim in after the gig – it would really add to the overall experience.” 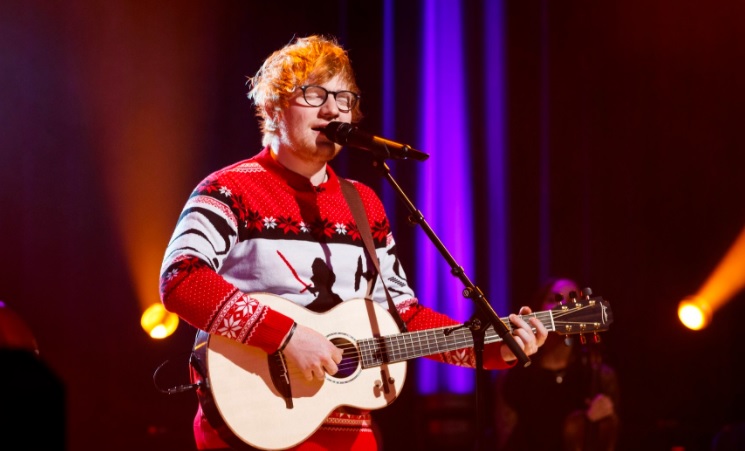 The local community have responded positively to the news.

“We can’t believe it to be honest. The old mine used to be a source of massive employment up here, so it is great to see it being used again,” one well-placed source said.

He continued: “Before now, most people would only know Wolfhill for a statue of Mary and our ball alley. So this will really put us on the map.

“The phone signal up here is brutal most of the time though so maybe they will erect a few of those masts too like the ones Ratheniska got when they hosted the ploughing.”

And just when you thought we couldn’t bring you anymore good news, well we can!

We have teamed up with the promoters and have ten tickets to give away to the event.

All you have to do to be in with a chance of getting you hands on one, is email edinwolfhill@laoistoday.ie and tell us in 300 words or less why you deserve to go.

Best of luck and stay tuned for more news on the upcoming event as we get it.