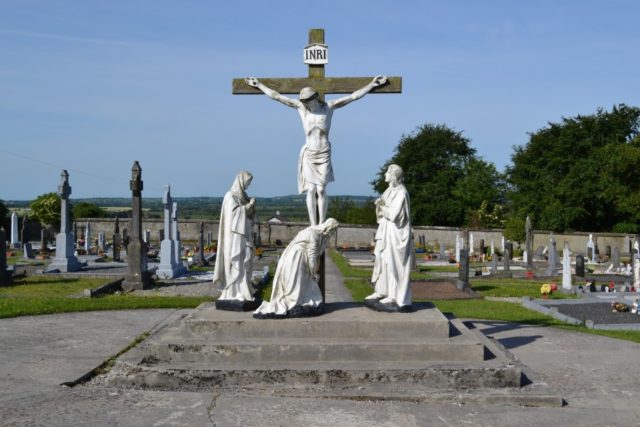 The Raheen Cemetery footpath has been called, “one of the worst you will ever see” in the county.

The state of affairs has gotten so bad that, “Even trying to get corpses into the cemetery is dangerous,” according to cllr John Joe Fennelly.

Speaking at the recent Portlaoise municipal district meeting, cllr Fennelly asked for a update on replacing the footpaths.

Survey will be carried out

Senior engineer Michael O’Hora gave a written response which said: “There is a countywide survey being conducted at present in cemeteries that are in Laois County Council ownership to identify works required.”

“We would want to make sure Raheen is top of the list,” replied cllr Fennelly.

Cllr Wille Aird said that Raheen cemetery doesn’t need to be assessed as, “Anyone who walks out there can see how bad it is.

“Even take out the worst parts of it and put a new piece in along it. At least it would be a start,” the Fine Gael added.

Cathaoirleach Mary Sweeney agreed with the motion and said, “I’d like a bit of movement on it myself.”

Cllr Caroline Dwane Stanley said: “There are one or two more in very bad condition as well, such as Abbeyleix and Ballyroan.”

This is not the first call for ‘treacherous’ Raheen Cemetery footpaths to be upgraded.