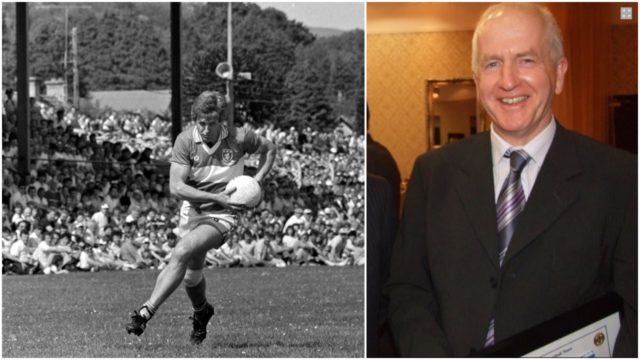 For the first time since 1987, one of Clonaslee College’s longest serving teachers will not be taking his place in the classroom.

Eamon ‘Atch’ Whelan has hung up his teaching hat after 31 years of service to the secondary school.

The Portlaoise native is a former Laois football great, having been part of the famous 1986 team which won the National Football League.

Before that, he had won an All-Ireland football club title with Portlaoise in 1983.

Whelan has managed football teams in Clonaslee for decades and is fondly known out there as ‘Mr Football’.

Former students of Clonaslee College have paid glowing tributes to their teacher.

“He always had such as keen interest in history and in teaching,” said keen sportswoman Amy Loughman. “He really kept Clonaslee’s sporting tradition alive.”

While Aoife Hyland said that Eamon’s passion for sport and his love of teaching, made him very well respected among students.

She said: “Mr Whelan made time for all of the students in Clonaslee.

“He was really a great football coach for the lads too, all the way up along.”

SEE ALSO – Chris Conway on ‘Gaels’ teams, challenging Portlaoise and how a move to make one club ended up with three